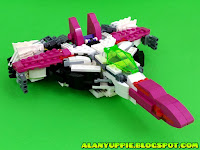 Apeface is a Decepticon from G1 Transformers cartoon series. He has the ability to turn into 2 distinct modes: A futuristic jet plane and also a gorilla.


As a Headmaster, Apeface is binary bonded to Spasma, a human-like alien from planet Nebula  that transforms to become his robot head and also the gorilla head too. 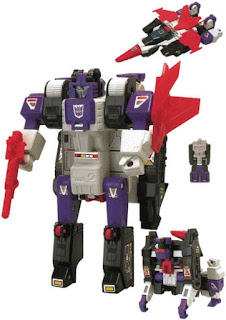 Actually Apeface was never in my to-built  list. However, this changed when an FB LEGO Transformers group I joined started a "masters" challenge where one can try to build LEGO Transformers from any of the subgroup that ended with -Master (headmaster, targetmaster, powermaster etc). 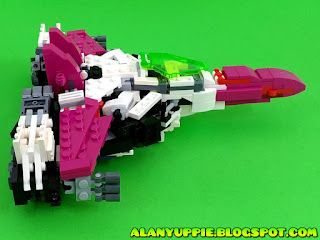 I've chosen to build Apeface because this year is my Year of Triple Changers, he's a Headmaster and a pretty low hanging fruit (read: fairly easy to design) compared to other triple changers. 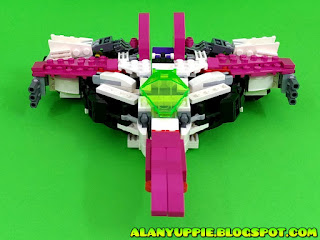 Apeface also belongs to group Horrorcon , with his other peer Snapdragon (also a triple changer) that I built about 2 months before. Click here to view Snappy

Above is Spasma the head-turner. Unlike his G1 toy incarnation, I am unable to design a jet cockpit to fit Spasma in. That's why he walked away dissapointed. 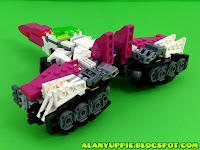 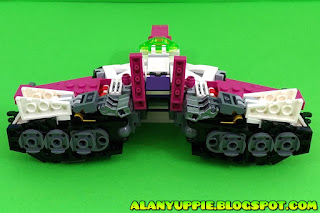 He has six very powerful engines and thrusters to enable to him to leave orbit for interplanetary journeys. 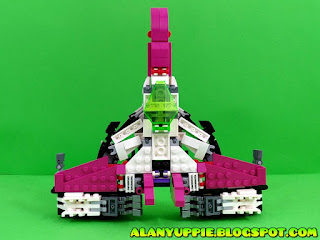 Note that I didn't implement any landing gears for the jet mode. 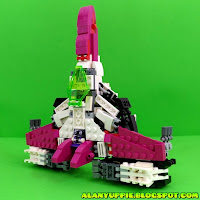 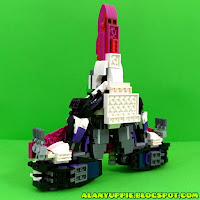 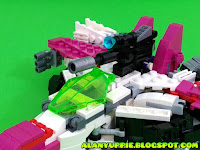 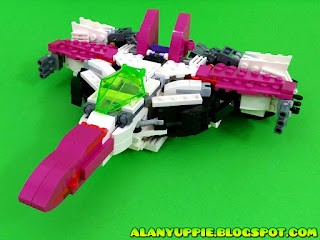 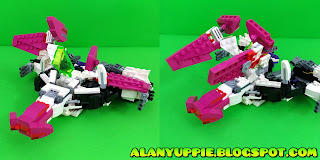 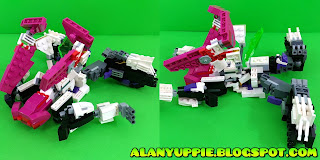 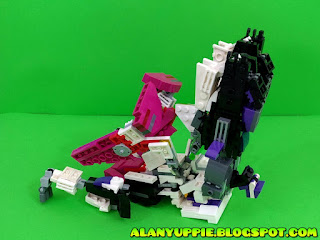 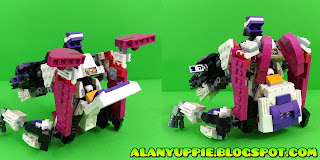 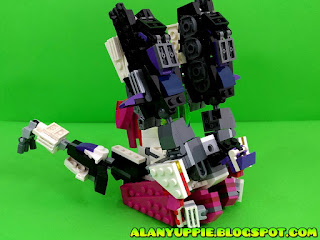 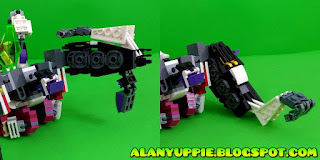 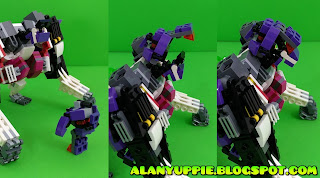 Initially I thought  alot of time will be spent building Spasma since he must turn into robot head and gorilla head as well. However, I discovered the latest incarnation of Apeface under Siege toyline (below) that featured a design where the Gorilla mode muzzle is part of the main body that unfolds to merge with Spasma. So I take a cue from there. 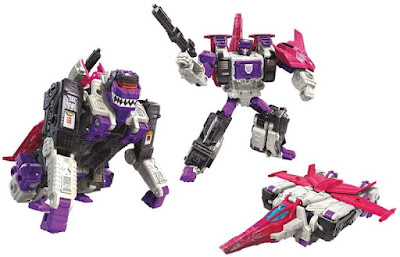 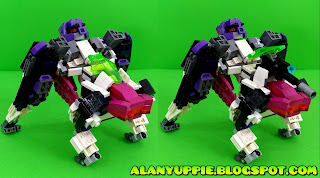 The gun is able to be "stored" behind the beast mode, after the windshield is raised. 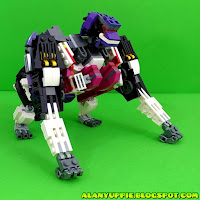 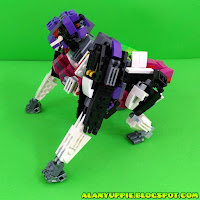 Since the jet nosecone ended up on the rear, having a reddish butt is inevitable for this beast. 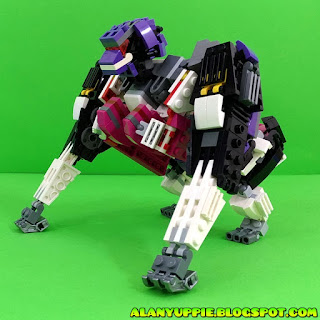 Even though all his four limbs and fingers are fully articulated , but the implementation of mini ball joints on the hind legs are too weak to hold the weight of his body. 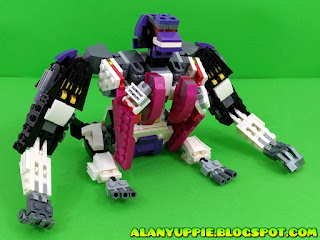 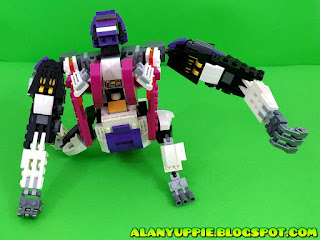 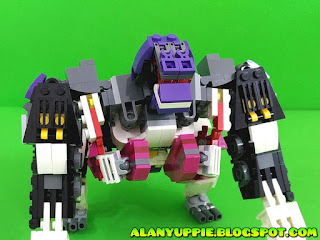 Proceed to Part 2: Robot mode
Posted by Alanyuppie at 9:58 AM