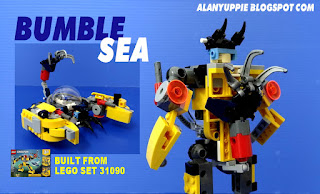 This was the first 2019 LEGO I bought. Since the set  is officially a robot , so building a Transformer from the parts shouldn't be hard.  I even has a name ready (BumbleSea)    before I start building !

BumbleSea , as the name suggest, transform into an undersea exploration vehicle. He is a low profile Transformer, unlike his sibling ,Bumblebee. So not much information is known about him (and his whereabouts).

This mode was actually derived after I almost completed my build. 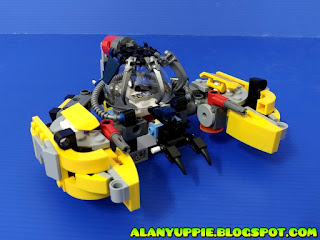 Antenna/sensors at the front of this sub can "smell" / detect presence of various chemicals within a radius of 500 metres. Blue,round audio receptors on each side has the ability to detect sound and their distance with a maximum range of 5km . 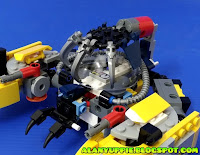 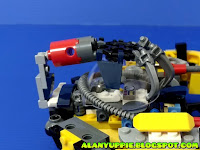 The stinger on the back of this mode wraps around the windshield to protect it, 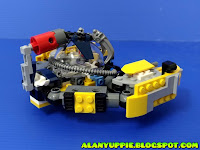 When extended, the claws /stingers  can be used to perform digging on the seabed. 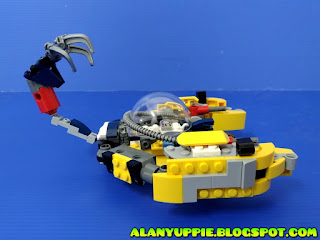 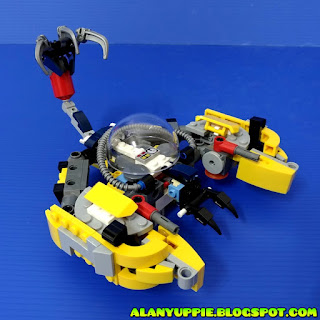 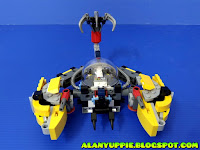 ...and as offensive laser weapons in case of threats. 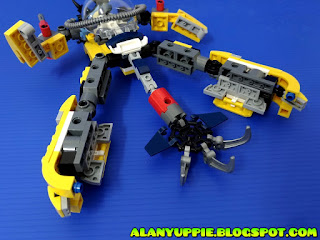 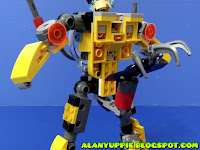 The hardest part of this project was building the body. I insisted that the windshield to be located on his chest , just like his sibling Bumblebee. So this pose a bit of a challenge trying to connect the windshield and also the pelvic joint together. 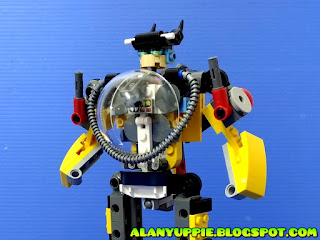 The long hose was a finishing touch to this project to create a bulkier-looking body. Without the hose, he looks very rectangular from the front view. 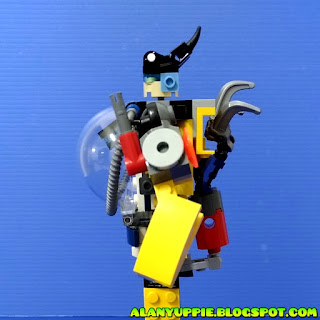 The stinger/claws tucked in neatly at the back of the robot mode. 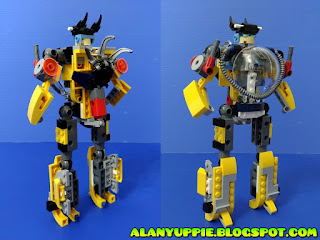 I tried using gray rounded parts to connect the thigh joints but the clutch power of such parts were poor: Transforming between modes often end up breaking his thighs into two.  That's why I finally decided to use 2x2 yellow plates , for maximum structural integrity. 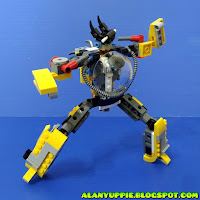 Despite having knuckle holes, I ran out of useful parts to make a gun for him to hold. 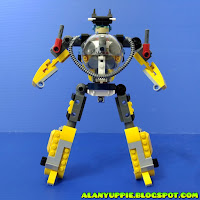 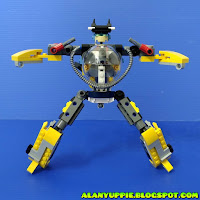 ^ Can you imagine him without the long hose looped around his body? 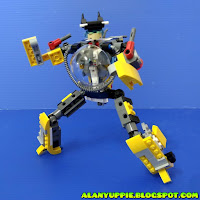 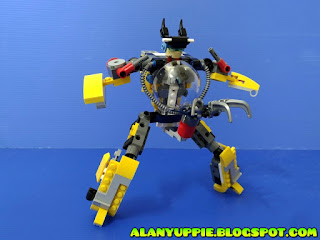 Even in robot mode, his stinger is readily deployable to attack his enemies :) 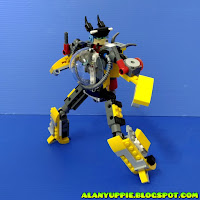 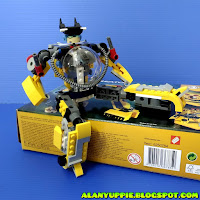 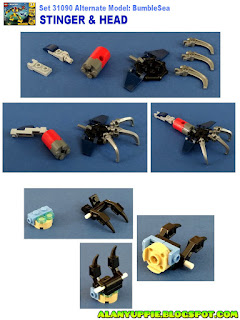 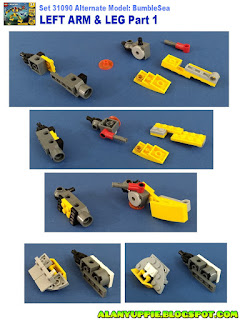 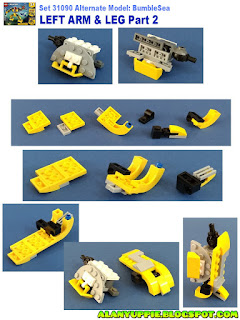 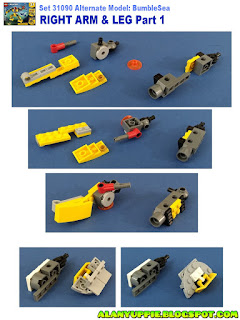 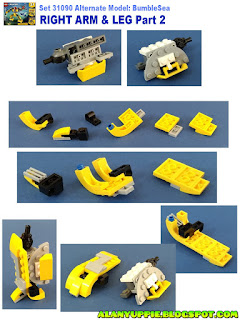 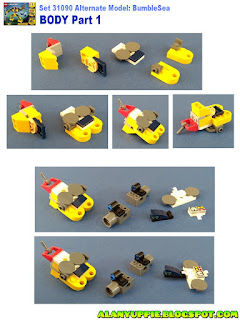 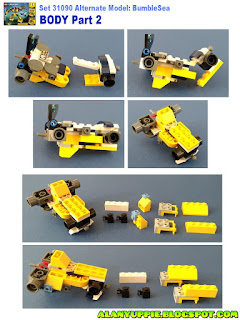 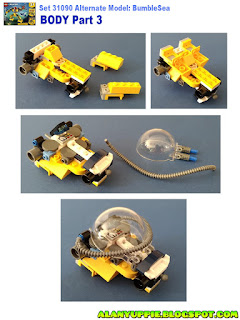