What is MOC?
MOC stands for My Own Creation. It's a commonly used term in the LEGO user/player community on the internet.

MOCpages.com is a website that allow users to upload their LEGO  creation of all kinds to be admired by all. Before I started this blog, most of my LEGO creations were (and still is) stored inside.

What I can do to support you? 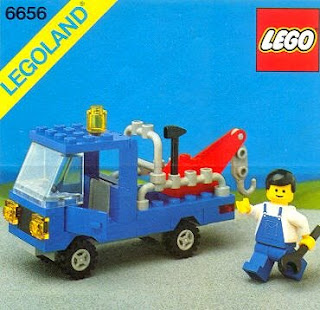 I remembered I used to create a Transformer named Shrapnel (insect mode) with it.

Why LEGO Transformers?
During my childhood, *almost* all the kids love Transformers. That include me. But back then, I only managed to own a few of them, due to their price. I have an aim of using LEGO to built the Transformers that I didn't managed to acquire.

What is your first LEGO "transformer" Transformer MOC?
As my collection grow, I started to build MOC Transformer that transform, when I was 9 or 10 years old, I think. That would be Optimus Prime cab, in a rainbow of colours. I attempted a Victory Leo too. It was a good start, albeit the weird color scheme.

Posted by Alanyuppie at 7:37 AM