If you're new in this post, do start from Part 1 first.   Done? Great! Now we shall complete transformation of Arcane's vehicle mode to another mode. 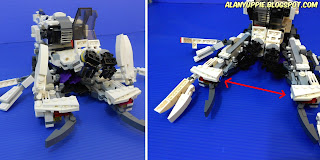 The arrow is pointing at connection points for both halves of the crane. You will notice a blue technic pin on one half that connects to a technic hole on another half. 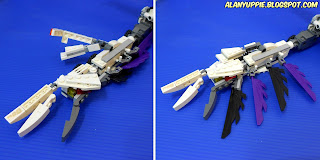 It's time to ruffle some feathers. It's almost a miracle I am able to cram these feathers inside the vehicle mode without bulging out. 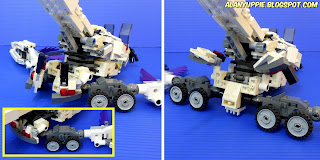 The rear bumpers split into 2 halves , and folded to the side.

Raise the flap on top of the crane to reveal 2  hinged feet, then close back the flap . The earlier mentioned nozzle parts used to reinforce the boom hinges are actually claws for the beast mode. 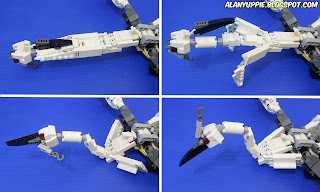 The boom "peeled" off to reveal bird head and neck. The hinged panels on the side fold inwards to form the collar. This is one of the most fragile part of this MOC. The tip of these panels easily pop out due to weak connections on the gray hinges.

Yes ... the bird is finally out of the bag! As mentioned in Part 1 earlier on, Arcane's defection and attempt to remove his Decepticon Insignia altered his brain circuits a bit. He's now becoming more peace-loving, calm and Zen. And he is bestowed with an extra crane bird mode to reflect that new personality.

I got the inspiration for this MOC not long after I built Millennium Falcon Falcon  a bit over a year ago. The idea to do this kept bugging me for months, like a song that kept repeating itself in my mind. 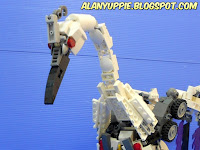 But before I really get down to building this guy, I must solve a few design/engineering challenges .. all in my brain
Some Closeup Photos 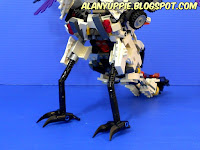 The stable pose relies heavily on the tails of this bird. Just the legs alone couldn't handle the weight of the body. 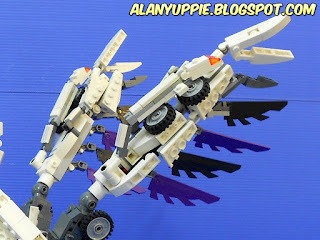 Despite the wings formed using the whole length of the vehicle, it's still not proportionate enough compared to the bird's body, Photo above shows how I make use of the white vehicle fenders ,rotated outwards, contributing about 8 studs length to the wings.

The vehicle rear fenders, "powered" by small ball joints, are rotated in place to add more mass to the wings and partially conceal the wheels. 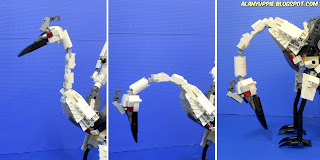 The neck formed from the crane boom, can manage pretty decent articulations, but this compromised the boom's strength/ability to hoist heavier stuff as doing so might cause it to sag. 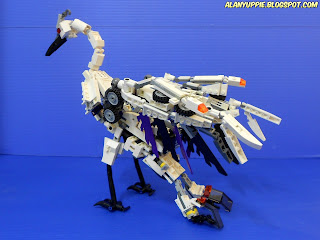 Vehicle windshield forming the bird's tails. Initially I decided to implement 2 feather pieces  on the tail, to make for a believable bird mode, but these feather pieces will be exposed in  vehicle mode... and giving away the bird mode , removing the surprise altogether! 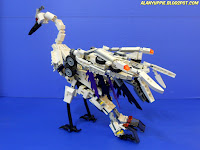 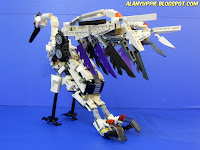 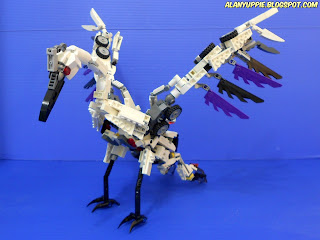 Mini ball joints help to position the legs below the body appropriately ,but these legs  are not latched or pegged onto any stud . Still pretty stable nevertheless. 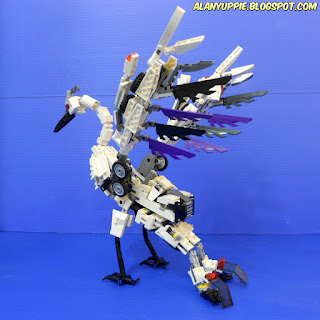 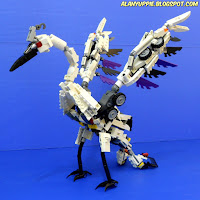 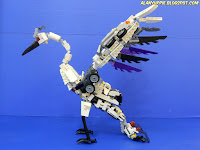 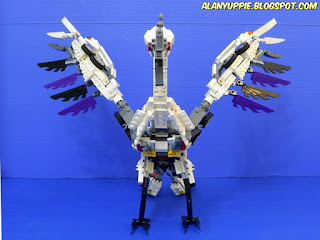 I think this is the least appealing photo from the bunch I snapped and published here. 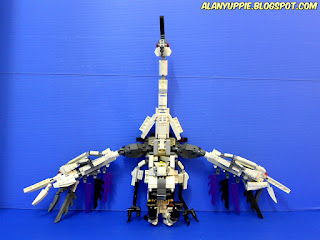 OK. So Murphy's Law finally reared its ugly head. Guess what is wrong with the photo above.

Arcane's trusty weapon/gun transform into a chick minion ,ready to do his bidding, in return for lots of cuddles and hugs. 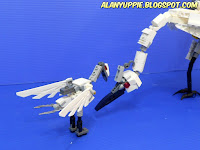 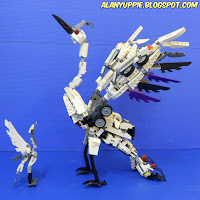 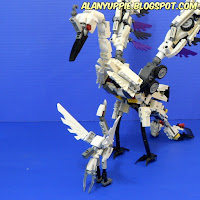 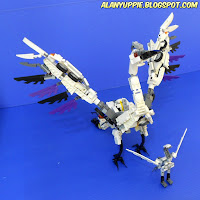 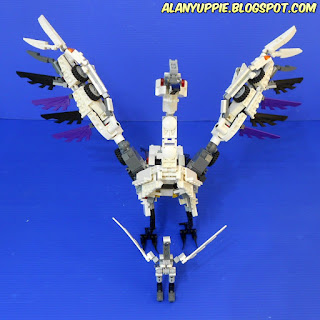 Yesterday I attempted to dangle this MOC with a string but it hung there swaying back and forth. And I failed to get the exact angle/post I wanted. Frustrated with the blur outcome of the photos, I then built a scaffolding using blue LEGO parts to hold this MOC in mid-flight. 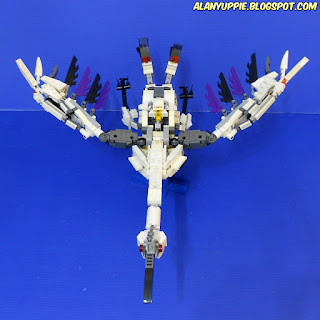 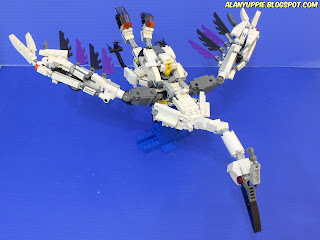 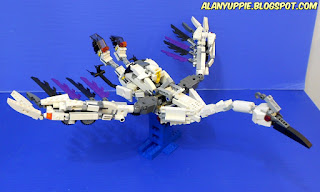 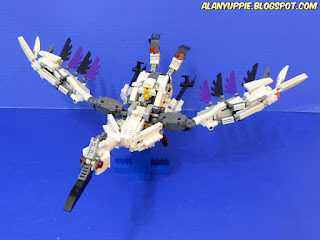 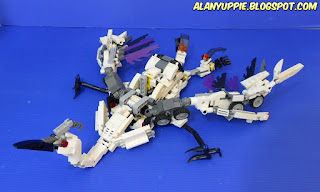 Tired out from hours of standing and making cool poses!

Continue to Part 3: Robot Mode
Posted by Alanyuppie at 11:08 PM