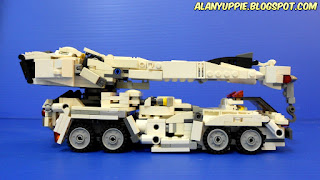 Little were known about this Transformer,except that he transform into a crane ...


...and that he was once a Decepticon and possibly linked to Doubledealer . In his attempt in surgically removing his Decepticon insignia .... the process affected part of his celebro-circuitry (aka his brain)  causing him to gain an exceptional capacity to be calm , peace loving and Zen compared to his normal rough side. These newly activated traits manifest itself in his other alternate mode ,which I will reveal in Part 2 . :) 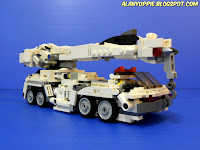 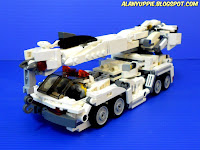 One of the last minute enhancements to this project, the red transparent siren/ cheese slope on top of the vehicle windshield must be positioned in such a way or else they might hinder the transformation to robot mode later on. 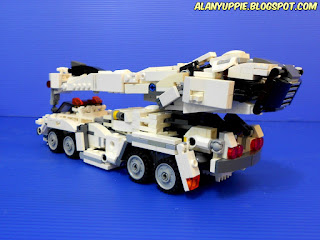 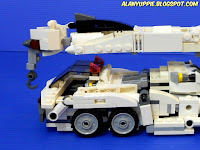 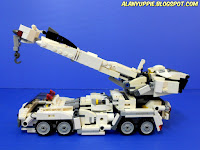 As a mobile crane, Arcane's crane mechanism is able to tilt upwards in excess of 60 degrees, and with full 360 degree rotation . 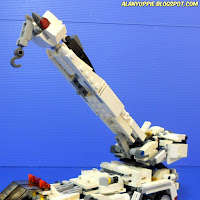 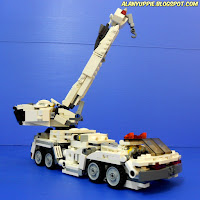 Underneath the raised boom, you can see how it's been propped up by a hinged light gray component with a spur . 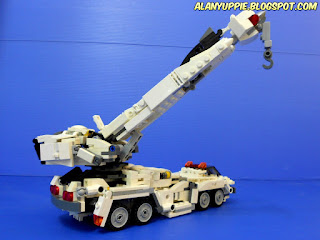 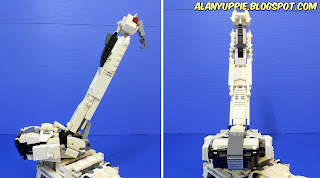 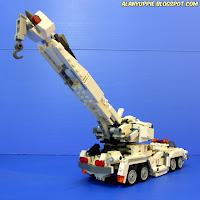 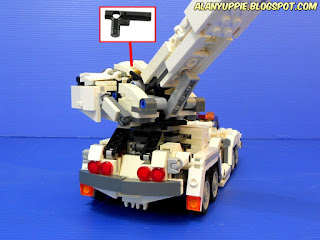 Due to many moving parts required by the transformation between modes, the boom hinge must be reinforced with a pair of nozzle parts (above) rotated to face forward. Without these nozzles, the raised boom will sag and tip . 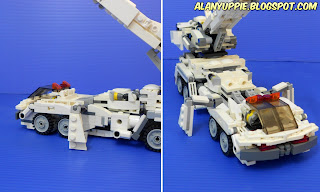 Part of the transformation require the panels to be folded out from the side of the vehicle. Having them becoming outriggers is just an afterthought. 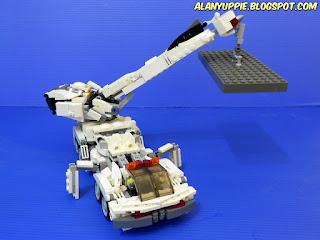 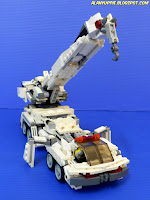 By the way, these are 'faux" outriggers that doesn't offer any practical help to the crane. The stability of the  raised boom and the load it carry is not affected at all with or without the outriggers. 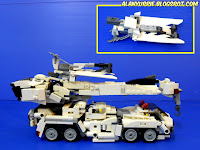 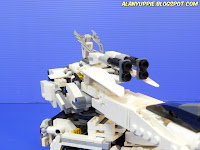 This is the weapon that will be used in robot mode. It can be pegged on top of the vehicle mode crane. 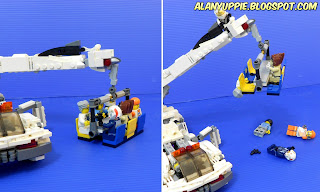 A high level meeting gone wrong. The left panel on the image above is an optical illusion. They're still on the ground in that panel.  It's good to be as agile as a ninja when things go wrong. 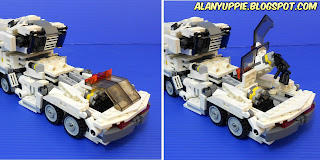 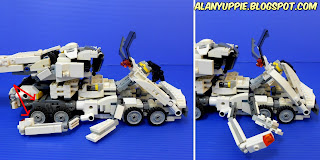 Posted by Alanyuppie at 8:43 PM