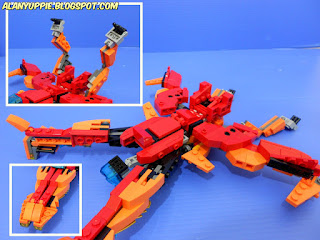 Split the nosecone to form legs and feet 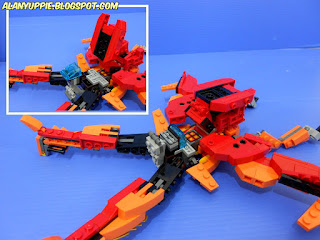 Fold the flap up and tuck in the vehicle cockpit to the back of the robutt. 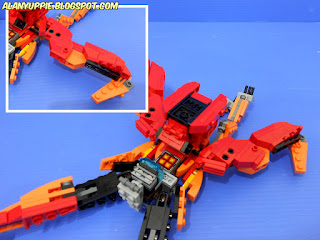 Fold the wings further back. 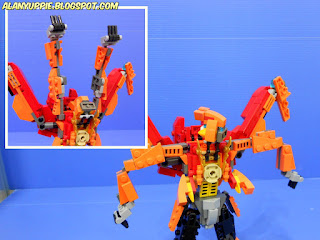 Stand him up and fold the arms down to the shoulder level. On the shoulder joints, The orange colored cheese slope on the armpit helps to prevent the shoulders from sagging down. 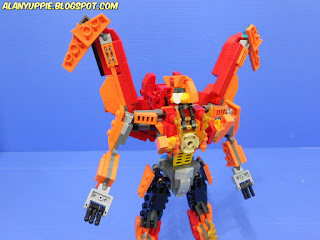 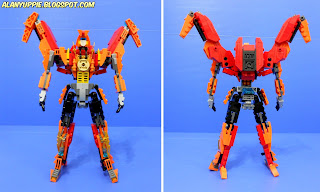 The rounded chest is a small homage to Vector Prime. A gear cog would be the best option but it's too thick and hindered the transformation. 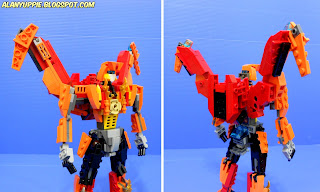 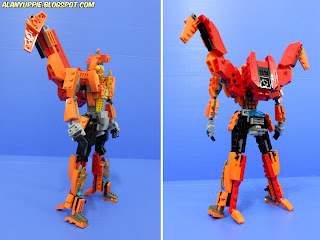 Both orange flaps on the side on the pelvis were last minute enhancements  , inspired from ancient samurai costume. 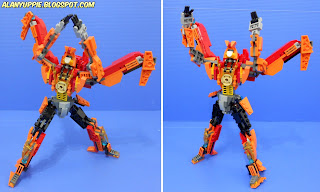 He's not armed but his arms and fingers can conjure a lot of thingamagic to save a few worlds and universe, 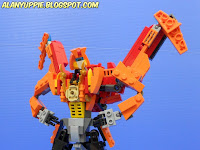 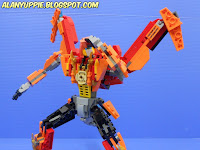 I seldom use hinged plate (above) for the elbow joints because it's too weak to wield a weapon/sword when posed. But for my MOC here, I shall give this an exception since he doesn't have anything to hold on his hands. 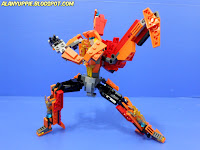 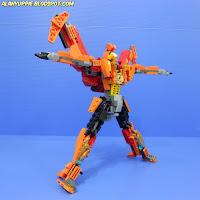 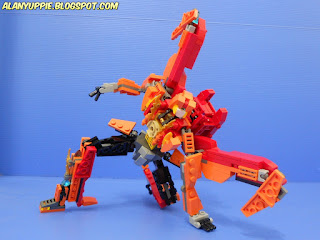 It took me almost 10 minutes to pose him in such a way without toppling over. This pose was inspired by one Iron man photo I saw a while back. Definitely my favorite MLA photo from the whole set. It would be easier to pose if only I designed the arms to be 1-stud longer so his hands can touch the ground effortlessly. 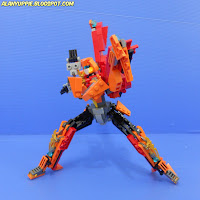 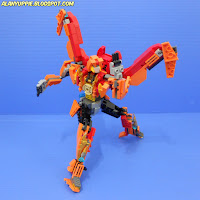 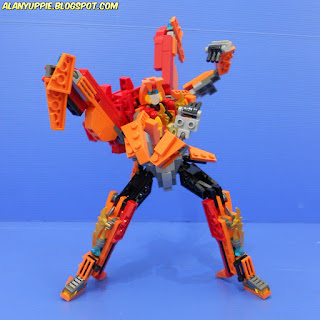 When he's done saving the universe... 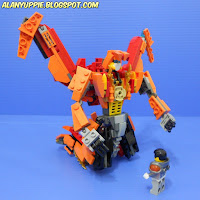 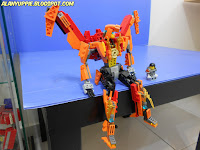 After fulfilling his sole purpose and destiny,TLA and Nexo Knight. comtemplate their future. 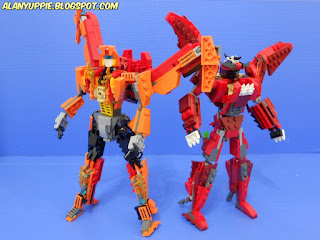 TLA looks very similar to Infernus, a transformer I made from Creator set 31032. (Click here for building instructions) 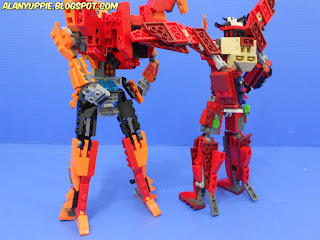 One of the ultimate test in upper body articulation: The ability to scratch own's butt. 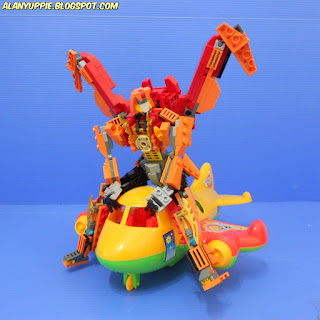 Upon his birth by Primus, he was immediately put into statis/dormant mode. Doesn't have much of a childhood there. Just making up for lost times. 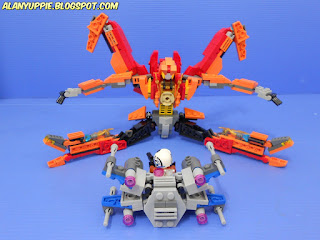 "NO! You are not allowed to cross into my universe.It's already chaotic as it is. Turn back now!".  (To know what happens when Star Wars collided wih Transformers.. click here)

Posted by Alanyuppie at 8:26 AM