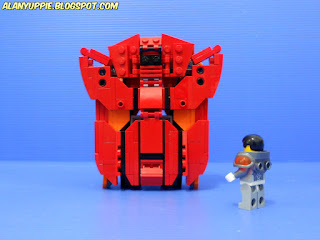 From tfwiki.net: "The Last Autobot  is a guardian that Primus prepared, against the day that he would no longer be able to guide his creations. A stoic being, the Last Autobot awaits his destiny. "

How cool is that!

My first encounter of this character was from the Issue #79  of Marvel Transformers Comics (from the 80s. ).  As a plot device to put all closure to everything (aka Happy Ending), he showed up,  did a few magical stuff .. reformatting Transformers home planet Cybertron and resurrected the good guys Autobots to bring the bad guys into submissions. 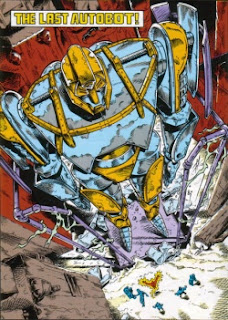 TLA from the comics has a cheesy looking Autobot Logo as a face, which I am unable to replicate at the scale of my MOC.


As usual, the initial concept was in my brain for quite some time . Only recently I managed to entitle myself to some me-time thanks to a  holiday in the state I am working and residing in , I quickly get to materialise my idea. 90% of this MOC was done in about 6 hours that day, and refinements took about 3 hours more over the next 10 days . 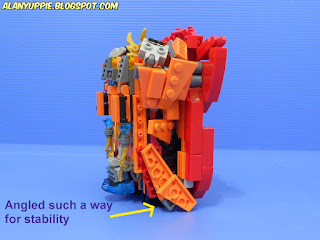 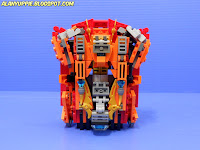 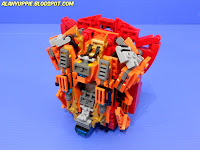 More co-incidences. If you notice an unmasked robotic face above with eyes , nose and chin.... it's an optical illusion! I didn't plan for that actually. 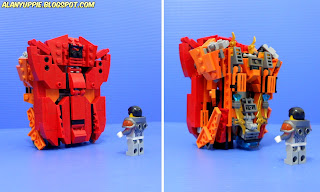 In the comics, it was team Neo Knights that  discovered TLA. Here I am using a Nexo Knight instead. 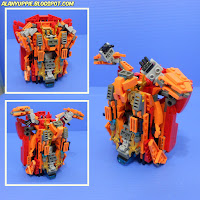 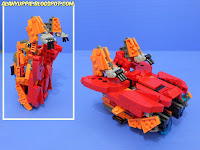 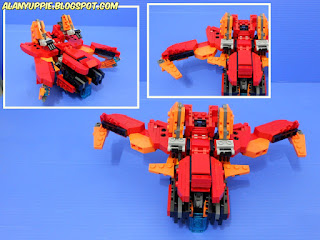 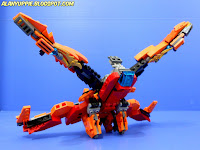 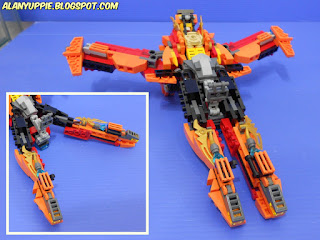 One of the hardest part in my design is how to make both nosecone halves to connect together with minimal gaps in between. 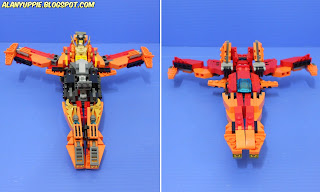 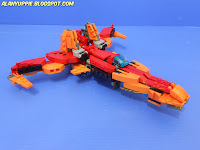 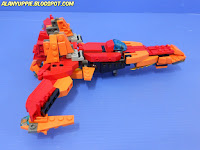 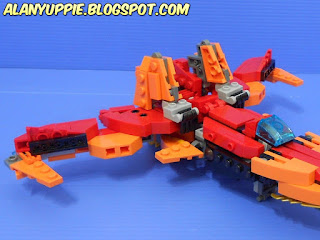 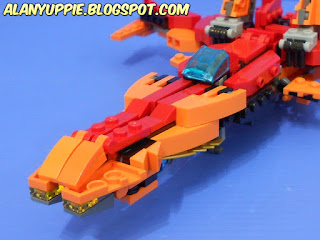 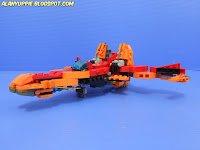 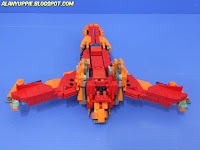 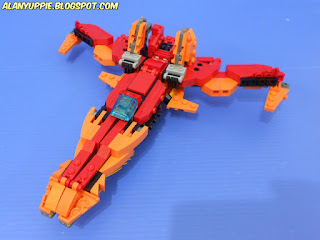 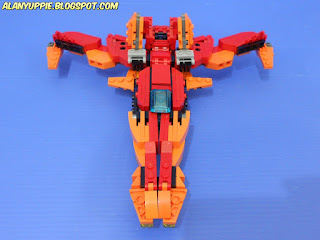 Proceed to Part 2 for the robot mode

Posted by Alanyuppie at 5:49 PM