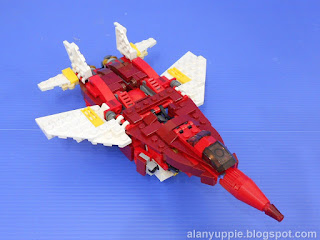 Guyhawk is a member of Breastforce, a combiner team from Transformers: Victory Series.\

From a team of 6 breastforces, Guyhawk is the first MOC  I started building back in Dec last year. He comes with Hawkbreast, his Breastforce companion. 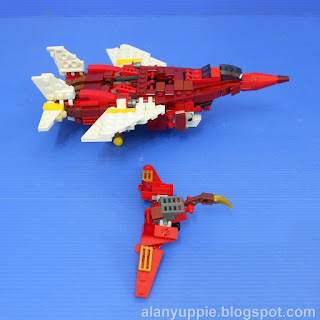 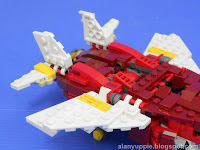 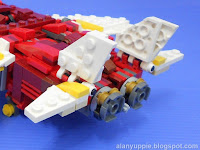 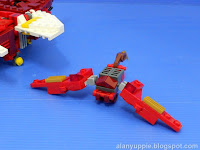 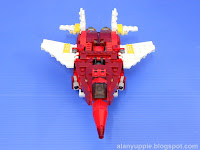 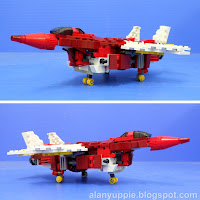 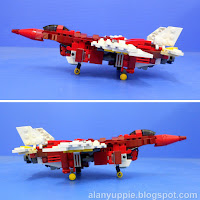 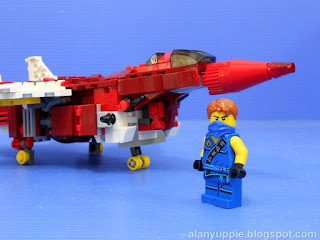 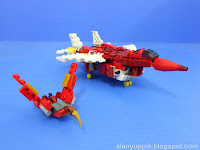 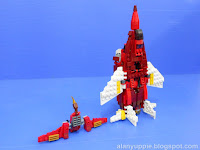 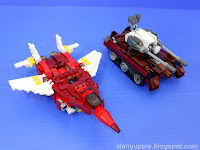 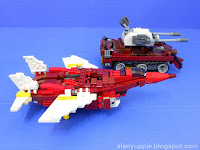 Side by side with his peers, Killbison 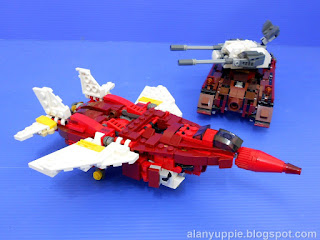 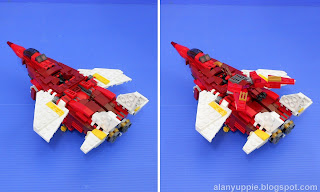 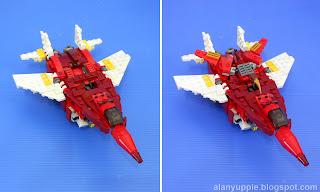 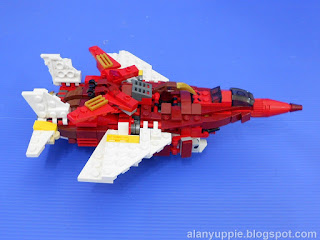 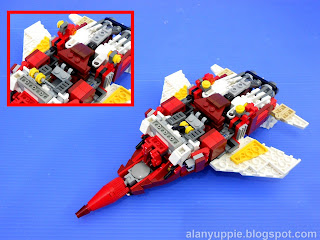 The landing gears can be folded up. 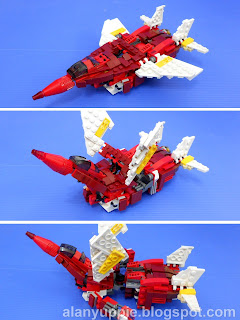 The aforementioned jet engines forming the robot's rear. Looks like a pair of bongos, don't they? =)

Part 2 Robot mode photos  will be up in a day or two!!