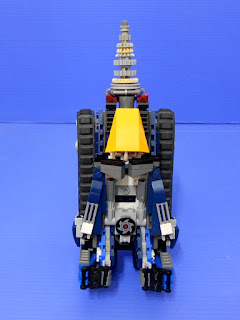 Drillhorn s a member of Breastforce, a combiner team from Transformers: Victory Series.

Drillhorn transform into a drill and and form the right leg of Liokaiser. He comes with his minion Hornbreast, a robotic Rhino transforming into his weapon as well.
Video
Click here if video is not showing. 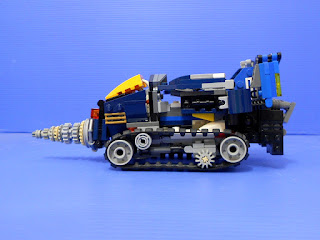 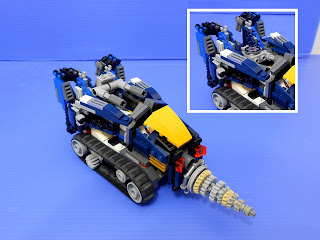 Although original Drillhorn tank mode is not weaponized , I implement the pop up cannons out of necessity for the sake of the robot mode. (keep reading to find out why) 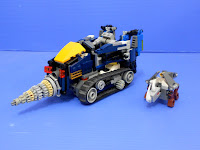 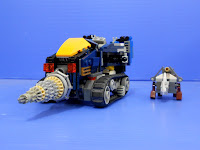 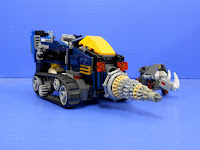 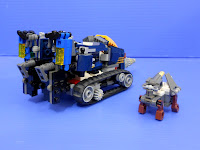 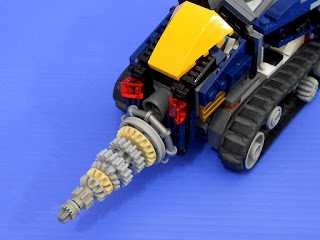 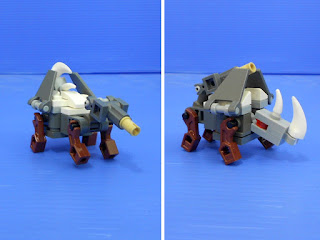 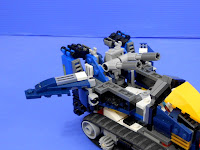 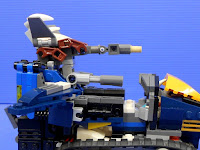 The pop up cannons has connection pegs to interface with Hornbreast as weapon. 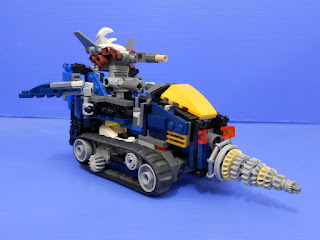 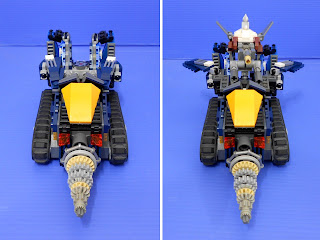 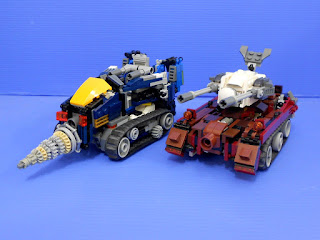 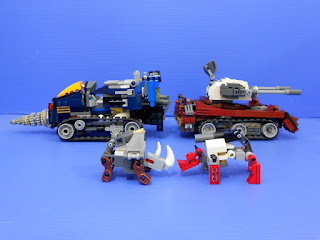 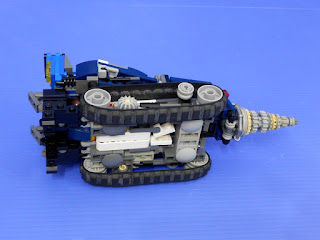 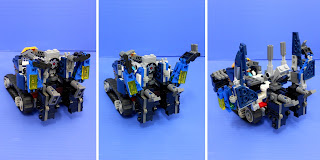 Unhook the arms from the vehicle's back. Notice how the fingers are latched onto the small hole . 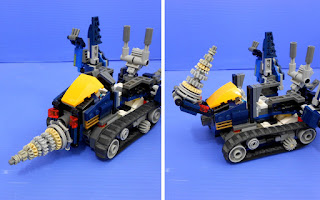 Fold the drill up temporarily 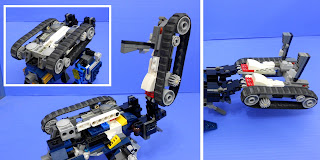 Fold out the legs. 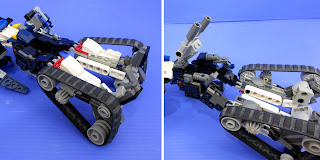 The hinges involved in the folding are loose ones. They are located on the robot thighs, so there will be 2 flaps on the back of the thighs to secure their formation (preventing thigh halves from dangling). 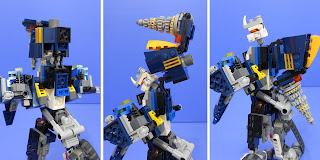 Now standing up, the vehicle cockpit is folded to the back , revealing the head. The vehicle cannons now are tucked in to fill up the space above the pelvis balljoints to pad up the emptiness there. 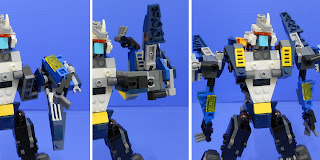 The arm part looks complicated but actually it's not.  There are just alot of hinges involved to help tuck in the vehicle flaps on top of the robot shoulder,

Robot mode photo gallery will come in about 2 days time. Do pay this blog as visit again!

Posted by Alanyuppie at 3:34 AM