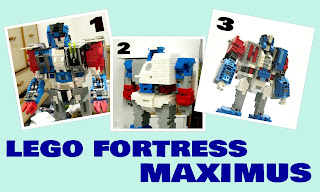 At the beginning of my LEGO adventures in my adulthood in the early 2000's, Fortress Maximus had been my favorite subject, since I'm a fan of G1 Transformers with base mode.
ABOUT FORTRESS MAXIMUS
Fortress Maximus  (Fort Max) was  one of the biggest Transformer from G1 Transformers cartoon series from the 1980's. And when it comes to the TF toys released back then, he's the biggest one of them all. Aside from turning from a 2-feet tall robot  into a base with tons of play features, he also transforms into a spaceship. 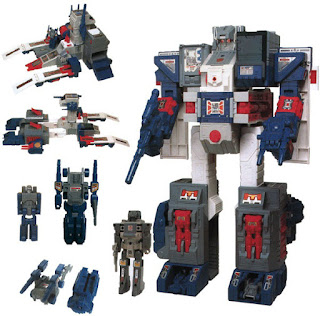 Fort Max is a Headmaster, where his head transforms into a robot named Cerebros. And Cerebros, too is also a Headmaster, where his head transforms into  Spike, a human binary bonded to the former.  Can you wrap your head around this ?
ABOUT MY PROJECT FORT MAXES
Prior to 2011, most of my LEGO Transformers were published in mocpages.com, with tons of write ups. But this website finally went down for good in 2018 if I'm not wrong.  Luckily I uploaded many of my LEGO TF photos into brickshelf.com too, which is still serving me till today. So official photo gallery of my LEGO Fort Maxes below will link to brickshelf.com .
Silly me, I just discovered after all these years, the first 3 versions of my LEGO Fort Maxes were based on the Japanese version  (below), referred from Japanese Generations Deluxe book  , with the color scheme swapped from the US version. Since dark blue LEGO parts were not common then, I had to make do with blue instead. 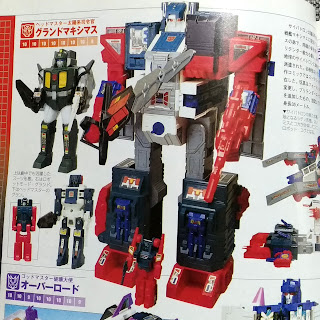 2005: LEGO FORT MAX VERSION 1
My first version of LEGO Fort Max was very ambitious indeed! I tried to build him to be almost as tall as his official G1 toy. At such a scale, this gave me allowances to implement tons of features into the build. 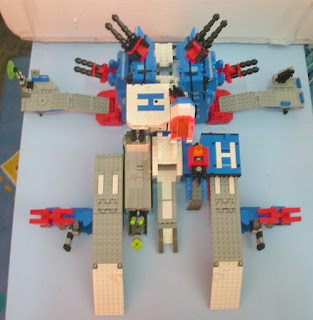 Base mode was battle-ready with cannons pointing at almost all directions. 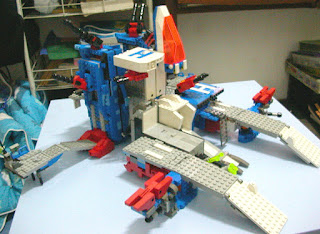 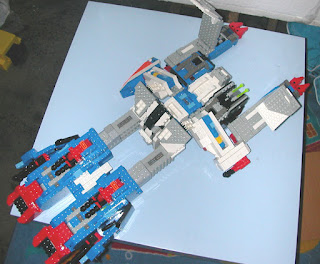 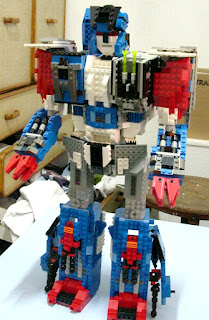 He's almost 2 feet tall with articulations all over the body and limbs, but his weight caused him to be barely poseable. 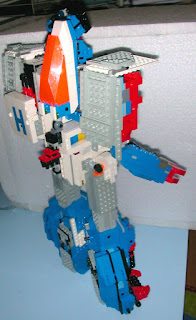 Instead of having a humanoid robot to form Fort Max's head,  I built a beast mode for his head. This was inspired from a G1 Transformers toys guide book that I bought from Ebay then. The book featured unreleased Transformers Headmasters toys with beast modes... from a snake  (yikes!) to a mammoth. 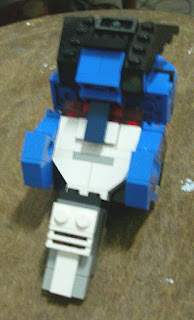 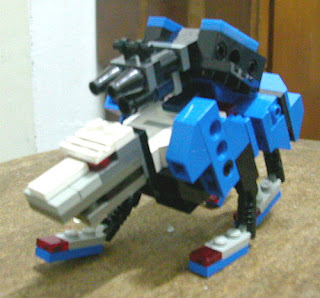 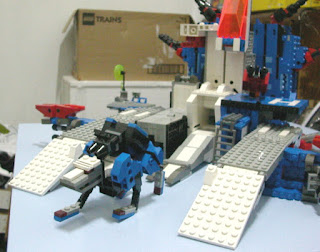 For more photos of my LEGO Fort Max version 1 above, please visit my brickshelf gallery entry.
2005: LEGO FORT MAX VERSION 2
This version of Fort Max was my "opportunist" creation.  I joined an event where participants used LEGO bricks to build a rounded segment  (about 1 feet in diameter) to contribute towards becoming the longest LEGO millipede , that hopefully will  go into the record books.
Days before the actual event, I was given a huge tub of LEGO with generic bricks of few colors to try at home. Before I build my personal segment of the millipede, I go and make myself a Fort Max instead.  It's literally a brick sculpture though, with no transforming ability. 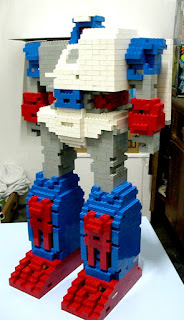 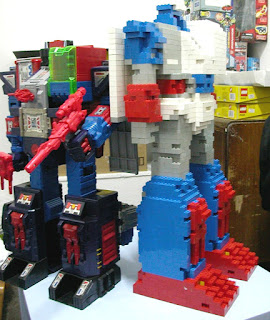 Finally... a Fort Max taller than the official original one. Well... shown above was Brave Max (repaint of Fort Max) 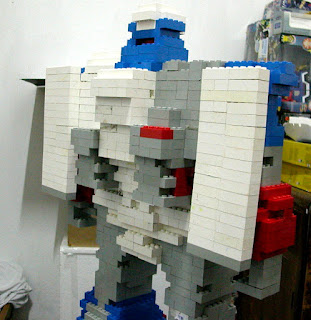 Building experience was tedious and monotonous, judging from the sheer number of bricks I need to stack together !
Oh by the way,  my LEGO segment to connect to the event's millipede looked like Unicron, with 2 horns sticking out. I really hope to show you this , but sadly my hard drive failed on me more than 10 years ago together with precious files and photos.
For more photos of my LEGO Fort Max version 2  above, please visit my brickshelf gallery entry.
2005: LEGO FORT MAX VERSION 3
At this point of  writing this, I was surprised to discover that all my LEGO Fort Maxes were built in the same year! (after noticing the timestamp of photos).
So seemed like it's just mere weeks after I created version 1,  version 3 was cranked out.  This time, I decided to scale-down my built in order to make a more poseable Fort Max. 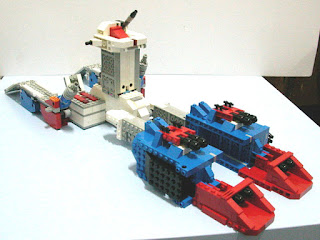 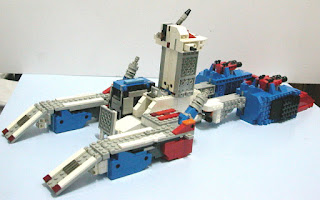 Not as many fancy features as version 1 though. 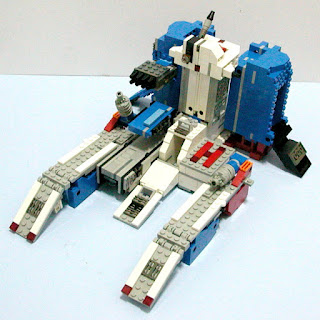 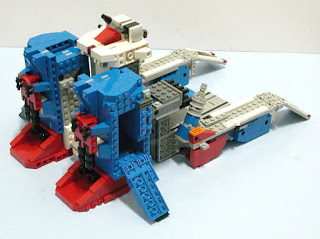 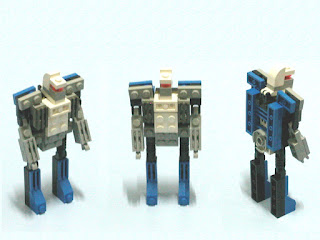 No longer a beast as Headmaster figure, let's welcome Cerebros! 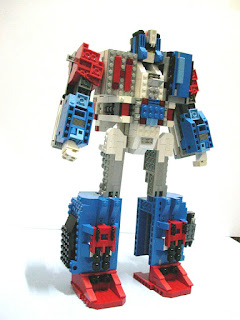 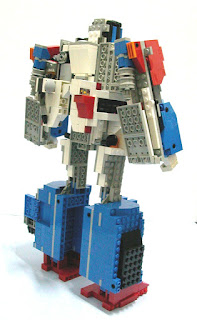 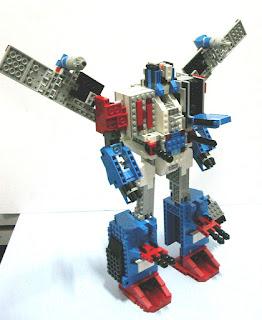 In the spirit of improvising despite the downsizing.... I bestowed his robot mode winged/flight capability!
For more photos of my LEGO Fort Max version 3  above, please visit my brickshelf gallery entry.
2021: LEGO FORT MAX VERSION 4
Thank you for viewing this page till the very end! Click here to visit a page dedicated to my LEGO Fort Max version 4! 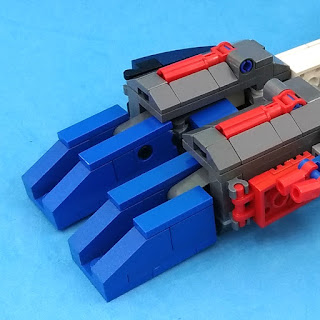 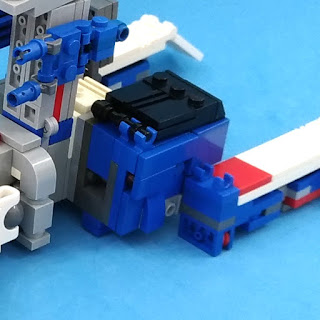 Posted by Alanyuppie at 2:11 AM