Star Trek Transformer from LEGO set 40355: Year of the Rat 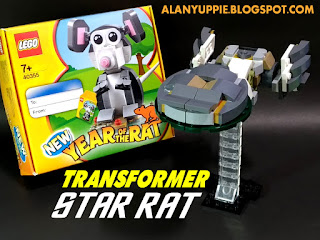 Star Rat is a spy/scout ship deployed from USS Enterprise to seek out potential threats up ahead and neutralize them.

However, a glitch in the warp engine caused this ship to malfunction during a high speed maneurve and it ended up in another part of the galaxy where warring robots in disguise are everywhere. 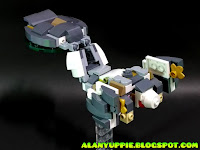 Upon arrival to this uncharted galaxy, the ship's computer auto-configured itself to adapt by becoming a robot, too!

How my fan fiction above? :)

"Year of the Rat" LEGO set was a free gift from LEGO purchase myr240  (bout usd59)  and above in my country, Malaysia. This is to commemorate this year's Chinese New Year , and 2020 happens to be Rat's year in Chinese Zodiac. 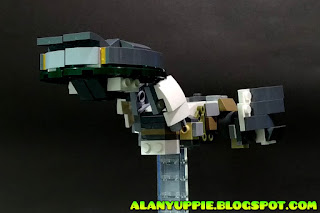 I built the official rat model from the set about a week ago. It's cute but lasted only till 1st day of Chinese New Year (which was 3 days ago!). I just can't help myself from building something else out of it. 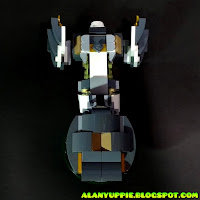 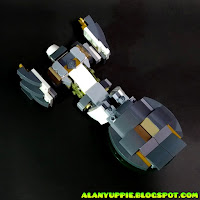 Unlike previous "Year of the [animal here]" LEGO sets offered, this rat has just the right number of ball joints for me to attempt building a Transformer. 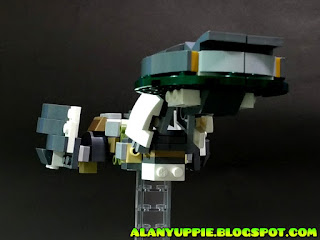 It wasn't easy the first couple of hours though, since the set is lacking 1x3 and 1x4 plates that's important for me to build the articulated robot legs. 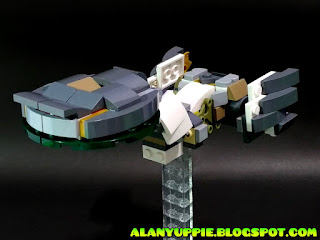 And since the set contains tons of curved parts in gray, choosing a Star Trek ship as the mode is a no-brainer really.

Transformation to robot mode is super easy so I won't be showing them here. I'm sure you can figure it out simply by comparing both the ship and robot mode photos. 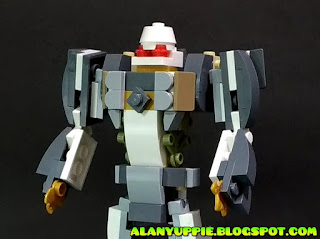 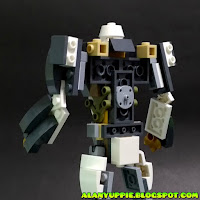 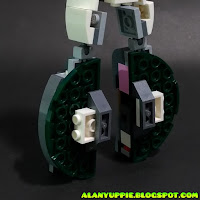 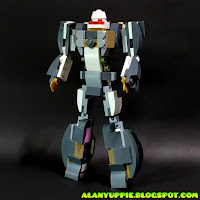 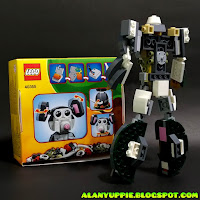 Note the design of his feet (or lack off). This is to minimize distortion of the saucer-shaping in the ship mode. Luckily he's still pretty stable with such nimble feet. 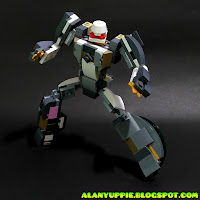 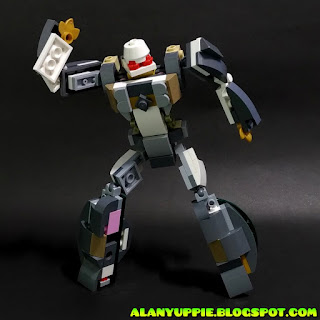 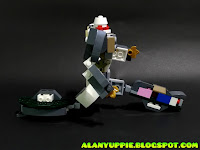 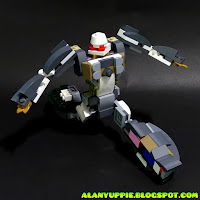 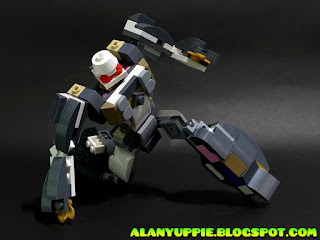 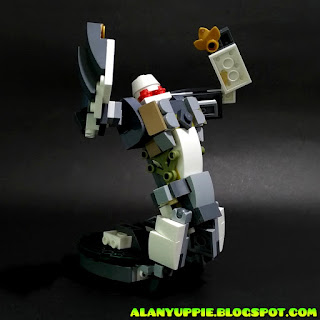 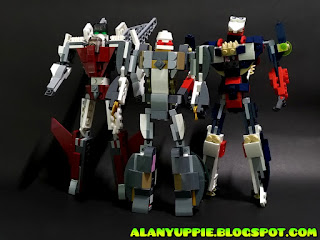 With 2 of my recently built LEGO Transformers from official LEGO sets. Click here to know about them! 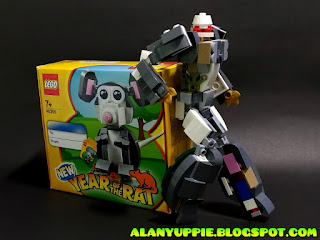 Thank you for following my video tutorial!
Posted by Alanyuppie at 9:13 AM