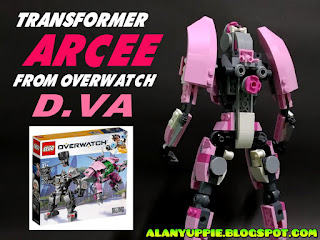 When LEGO Overwatch 73973 was released more than a year ago, I knew it's time for me to build Arcee using the parts from this set.

However, I couldn't commit to buying it then due to the price. Finally I succumbed  when it goes for 30% off in Toys R Us in my area few months ago. Both the official mechs were built and then put aside. 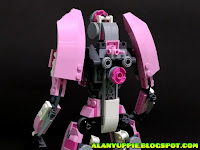 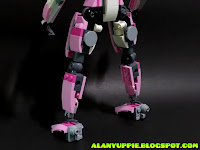 Last week I decided to dismantle D.Va from this set and out of whim, decided to built Arcee from just the parts from D.va (including spare parts like extra 1x1 plates). Suprisingly, everything went so well and  97% of the parts were utilized into this built. 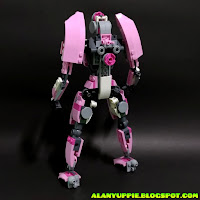 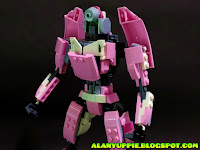 Since this creation is a non Transformable Arcee,  I named her Arcee v1. 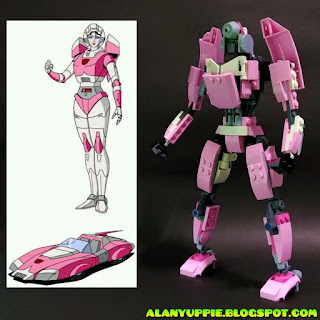 Oh yeah! To some of you new to Transformers universe/cartoon, Arcee is a fembot from G1 Transformers cartoon series form the 1980s, and she transforms into a sleek Cybertronian vehicle. 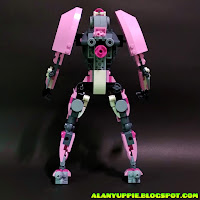 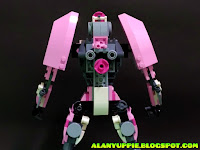 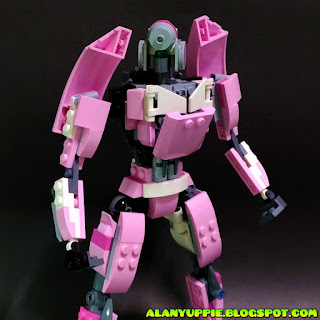 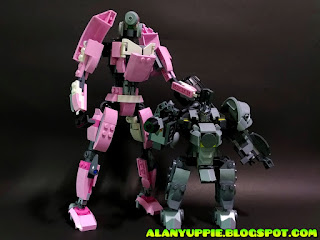 Size comparison with Reinhardt, the mech that accompanies D.va from the set. 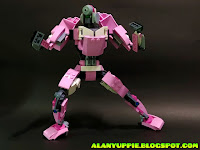 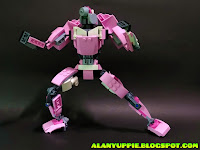 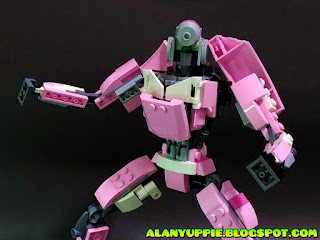 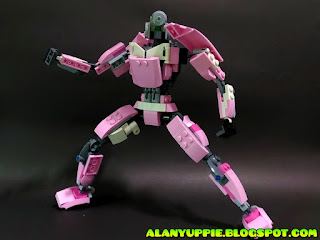 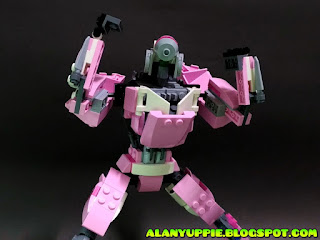 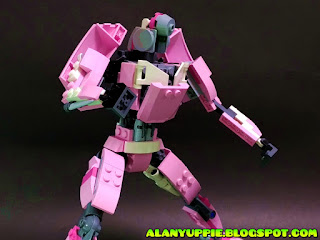 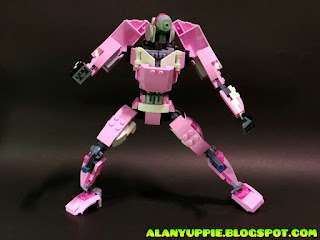 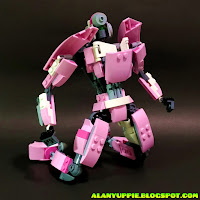 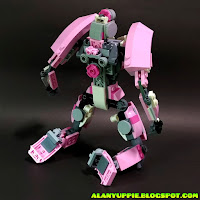 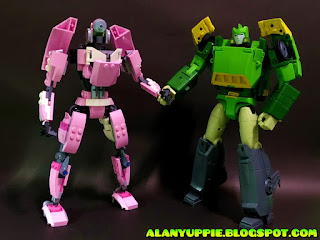 With triple changer Springer , one of Arcee's partner in Transformers cartoon. Above is a 3rd party Springer named "Open Play Big Spring". 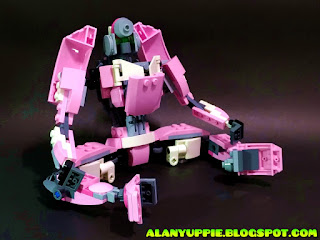 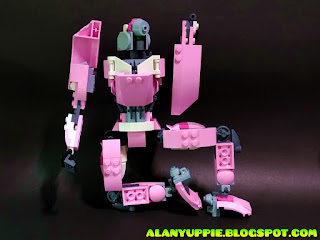 Click here to view the building instructions, thank you!
Posted by Alanyuppie at 8:53 AM