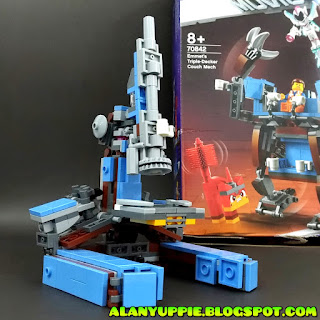 Recently I found a great bargain for this set shown above at 50% off! And it's bought immediately!


After building both the official couch and mech  models from this set, I discovered that the parts are perfect for  LEGO Transformers: 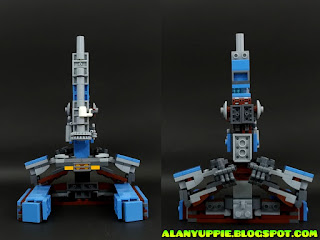 A microscope was born out of pure experimentation with this set. 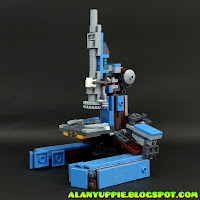 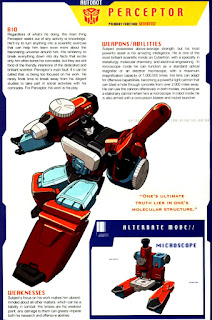 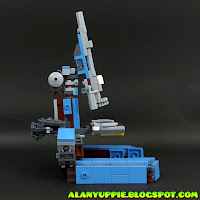 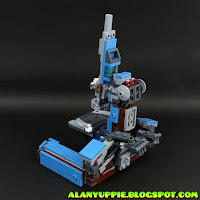 The core design was completed in about 3 days. 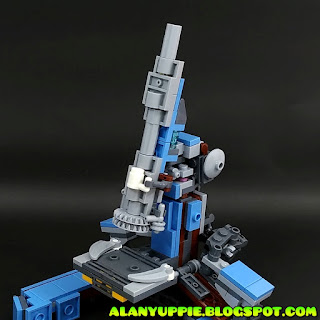 The clamps on the stage above can be substituted with LEGO minidoll's wings found from the set. I broke one of her wings actually so I can't implement them in this creation :( 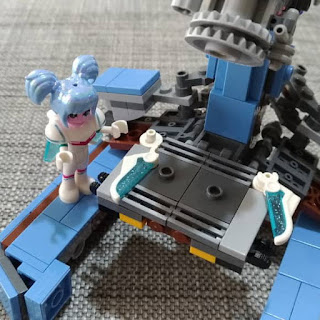 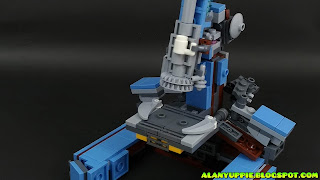 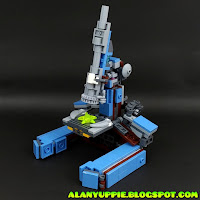 The star is not included in this set 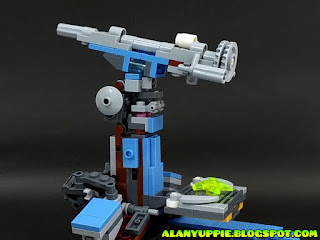 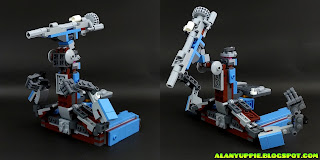 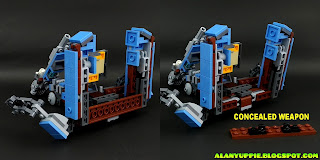 In most recent Transformers toys, the weapons are neatly stored underneath the alternate mode. Here I am taking a cue from such feature.  This "weapon" also helps to secure the microscope mode to align its base from wobbliness due to ball joints. 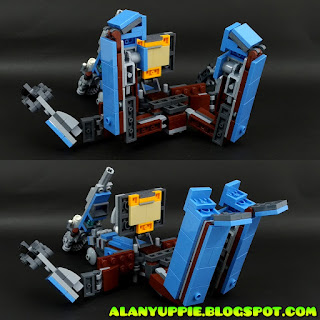 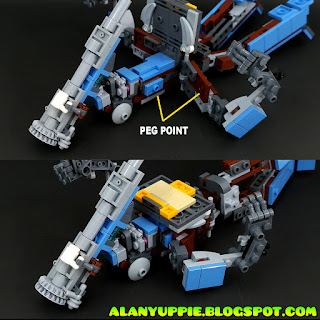 Initially my design doesn't have these peg points.. but when posing with arm extended in robot mode....  those flaps kept sagging down , no thanks to gravity. 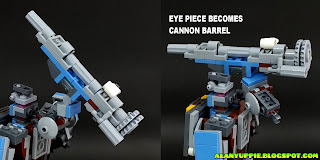 In the original Transformers Perceptor, his 'scope is facing forward and becomes his shoulder mounted cannon. I decided to flip this so that the Microscope eye piece becomes the cannon barrel instead. 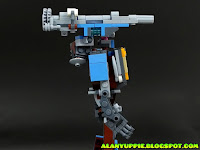 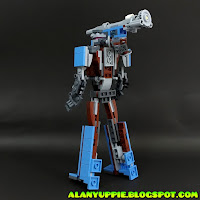 Don't ambush him from the back.. coz he know who's coming from behind, thanks to the scope magnifying ability even in robot mode, acting as his 3rd optical sensor. 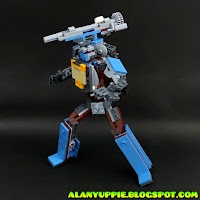 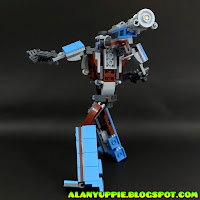 \
The ankle tilt feature is unintentional ! Apparently the parts I used to build the feet has rounded corners to allow ankles to be tilted.

For most of my LEGO Transformers built from a single LEGO set,  having fingers is a luxury due to lack of required parts. Not this guy! But his fingertip is a bit creepy though.

No Weapons? No Problem! 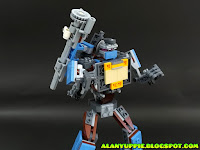 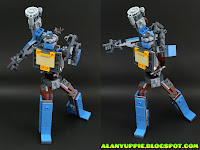 He's good in hand to hand combat too! 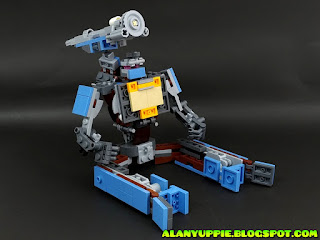 As a scientist Transformer... he sure is one forward looking bot.. literally too. That's coz he has no neck articulation at all.

No I'm Not Done Yet!

He's a sitting duck in his alternate mode and he's not that fast a runner in robot mode. No worries.... his hovertank mode allows him to travel at 400km/hour for a max range or 8,000km.

His top speed is halved when he's firing his cannon when on the move.