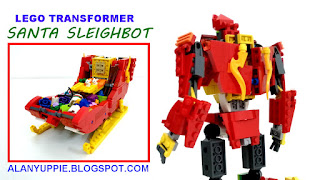 This project was done in a haste, barely making it into a LEGO Xmas themed exhibition at a local mall, together with my Rudolph Reindeer.


Until yesterday, I would say this LEGO Transformers is the worst one that I made this year. As you can see , the sleigh mode is pretty uninspiring.  Since there's nothing much I can do about this mode to beautify it without distorting the transformation, I decided to spend a bit more time to improve on the robot mode design a lil ,  and also the presentation (read: the gifts on the sleigh) 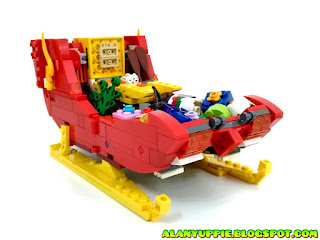 One fine winter night at the North Pole, an alien protoform crash landed near Santa's workshop. The alien creature decided to scan his sleigh parked there and the rest is history. Some bunnies were caught in the sleigh when the scanning took place.. so the alien assumed it's part of the sleigh as well. So now the bunnies are integrated into the Sleighbot and linked to it... or shall I say.. these cute critters has the ability to control the sleigh. 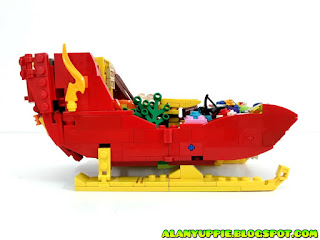 The yellow skids are the weakest link here, it pops out easily when I attempted to transform the sleigh.

Oh yes... those plants you see are sustenance /food for the bunnies to nibble on while they're on the go.

Trivia:  Instead of bunnies, I initially planned for a Santa-turned weapon (for robot mode)  to ride the sleigh. Sadly, I failed to acquire a Santa minifigure to get started. 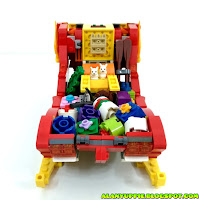 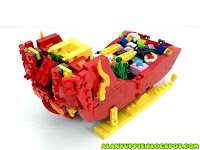 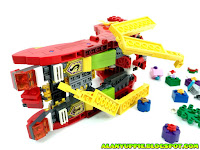 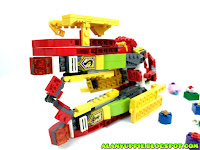 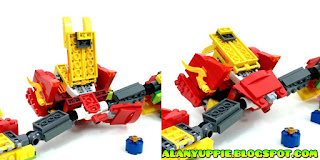 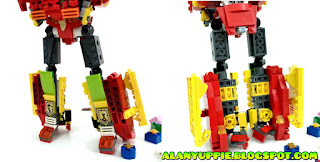 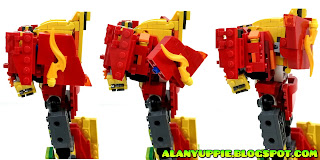 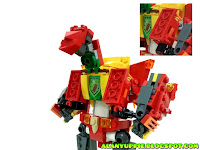 Note the swivelled c-clip notch on the right photo: Help to secure the shoulder joint preventing it from sagging. 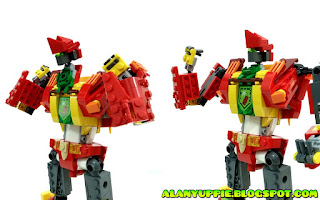 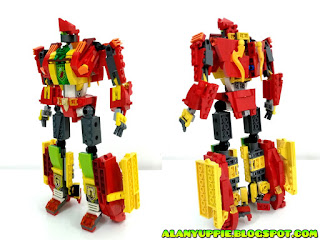 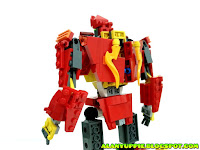 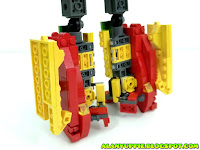 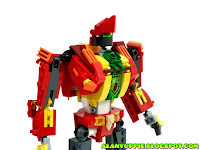 More Photos of him in Action 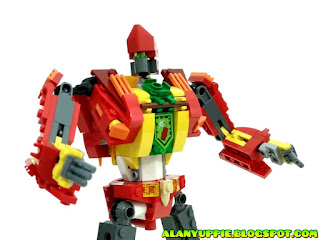 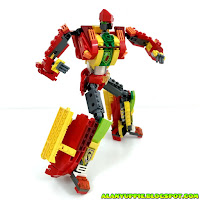 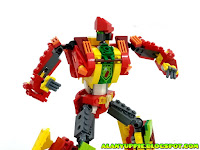 The green accent on his chest and knees are last minute changes. 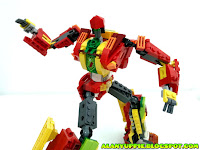 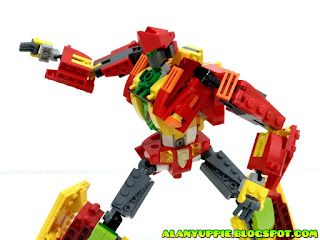 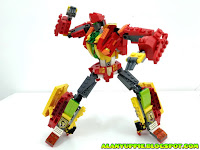 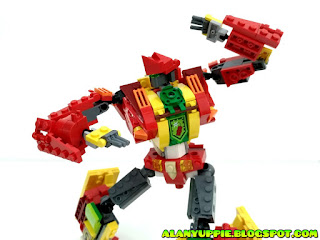 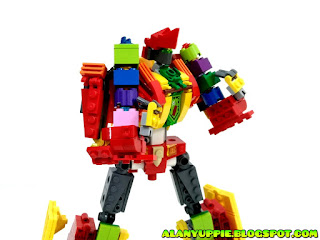 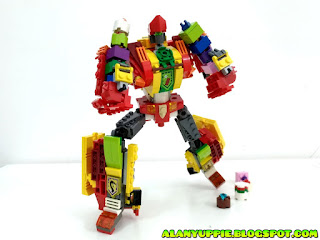 About him being the worst of my MOC this year.. I think I might change my mind now, after seeing how the robot mode turned out . =)
Posted by Alanyuppie at 10:24 AM