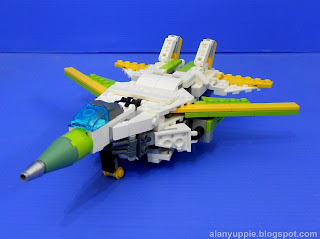 Leozack transforms into a Tomcat fighter jet. As a member of Breastforce team, he forms the upper body of super robot Liokaiser.

Even though Leozack was one of the first Breastforce I started building Dec last year, I scheduled him to be the last one to be revealed. This is because he is the leader of Breastforce and also I am very instrumental in making his jet mode looks as good as possible., till the last hours.

Last week I made drastic changes to this MOC after discovering the jet mode was too long and the shape was totally off the mark (the folded wings failed to reach the tail fins and close the gaps).

I spent 2 days last week on a total redesign of the jet, especially the rear, shortening it to make the tail fins closer to the folded wings, andalso increase the range of the wings. 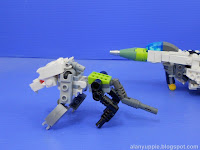 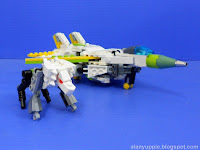 Lionbreast is the minion of Leozack, forming his hand held weapon. 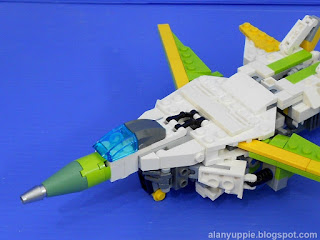 The robot arms and fingers are exposed underneath the jet nosecone. 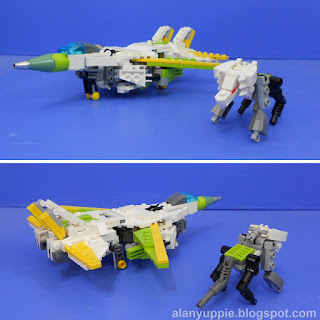 Lionbreast minion is my favorite breastforce beast because of his mane which  I took many hours to perfect :) 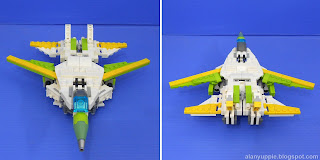 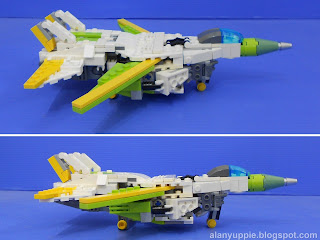 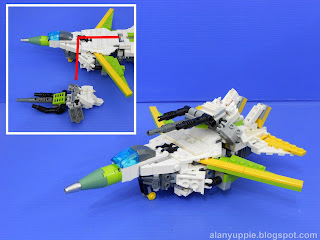 The light gray technic pin at the back of the mane is the connection point to the jet fighter. 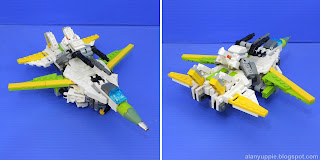 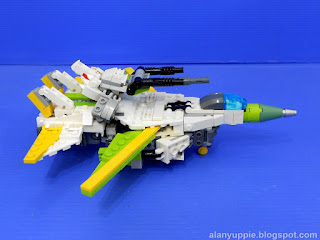 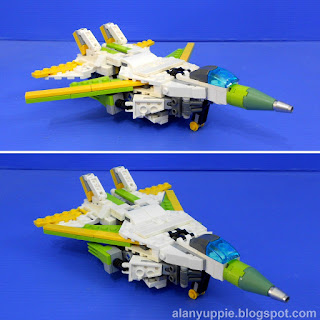 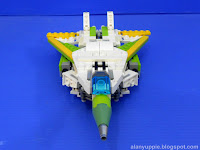 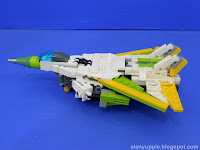 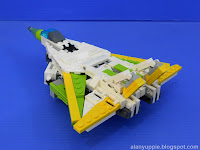 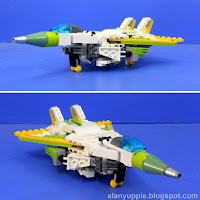 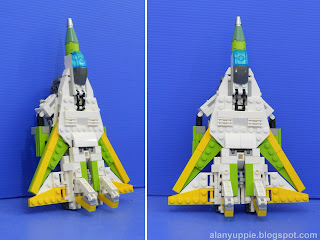 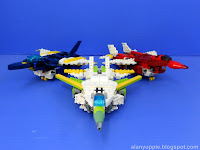 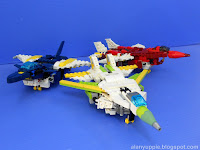 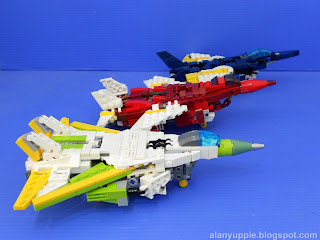 Each of these jets have different angle of elevations . 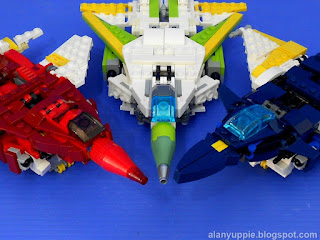 ...which makes it hard for them to see nosecone to nosecone.

The robot arms unwrapped themselves from the nosecone. Initially I had problems trying to form his feet . Luckily my eureka moment finally arrived: The vertical jet  tail fins are formed by a bunch of hinges , allowing them to form the feet.

My redesign now takes more mass from the jet's body to form robot legs (see the white triangular wedge plates with gray round plates underneath).

Swivel the shoulder/arms to their intended position. 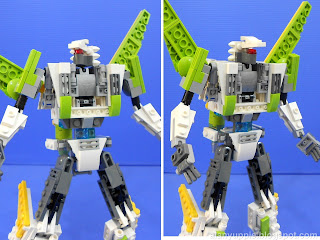 Let's go to Part 2: Robot mode or my Official Project Liokaiser Page to view the rest of the team.
Posted by Alanyuppie at 10:53 PM