In Transformers: Victory series, Deathcobra is a robot that transforms into a Mi-24 helicopter and is paired with Cobrabreast .
14/12/2022 Updates!
While preparing video for Liokaiser recently, which this creation is part of, I found a need to introduce an extra component for the combiner mode. This component is now integrated into a new version of DeathCobra (v1.2). For comparison , below is a photo of the DeathCobra v1 that  I made many many years before: 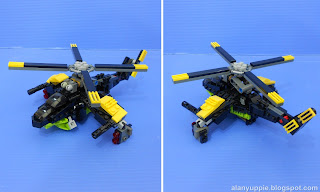 From this point onwards... photos of DeathCobra v1.2 will be shown.

About DeathCobra
He is 7th member of Breastforce team and form the arm of super robot Liokaiser, but he got killed early the show, and his role was taken over by another breastforce member Guyhawk.

Due to his tragic predicament, NO  official Victory toy  was produced for Deathcobra. 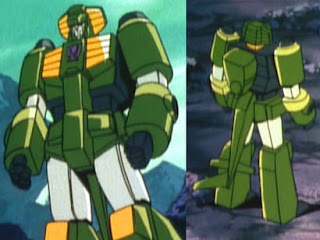 Months ago when I was nearly done with all the main 6 breastforce member MOCs, I proceeded to build the hand components for combined mode: super robot Liokaiser.  I was not really keen having these hands with just a singular purpose and nothing more. And I've been trying to find a way to integrate them into another MOC. 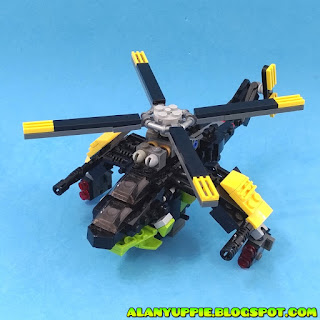 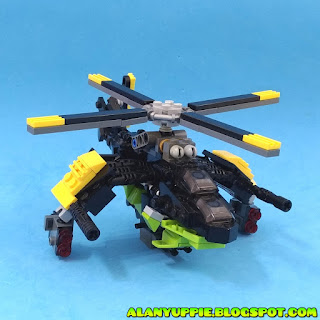 Finally  I decided to pay homage to Deathcobra .  Deathcobra MOC that I made here is formed by components necessary for Liokaiser to be formed, and a bit more  =) 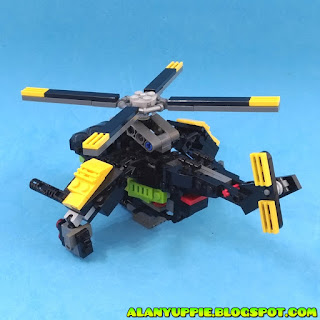 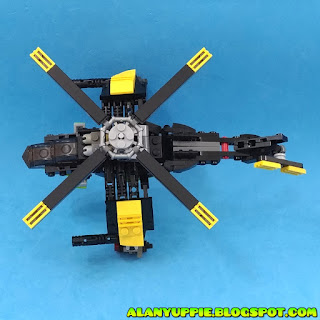 Initially those rotors are longer by 2 more studs, but they will hit the tailfins, so I shortened them. 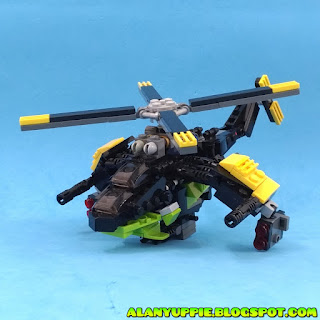 Underneath the helicopter is Liokaiser's head. 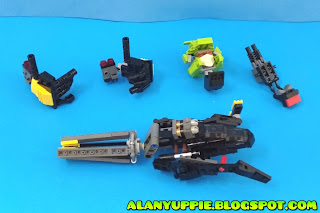 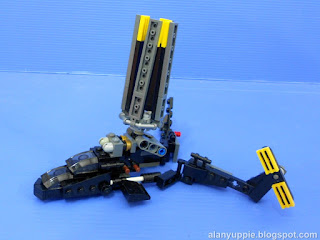 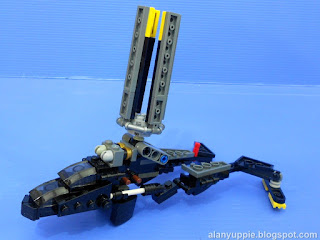 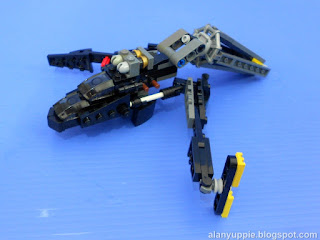 There will be no handle on this weapon for the hands to grasp. It will be pegged to the  hand instead =) 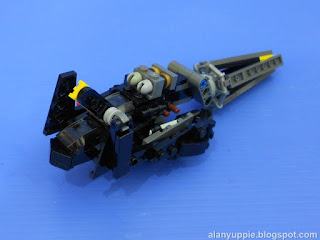 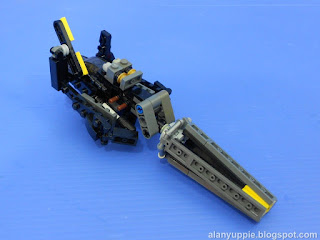 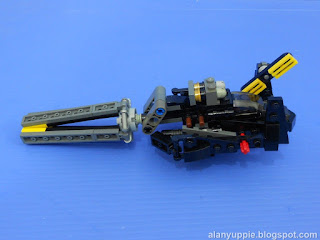 With the completion of this MOC, this means I am wrapping up Project Liokaiser .
Posted by Alanyuppie at 1:26 AM