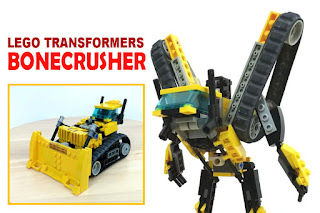 Bonecrusher version 1 was built back in 2011 and was put in storage ever since.


Recently I decided to take him out for video shoot, and felt the need to improve this MOC slightly. Actually I attempted to transform it back to vehicle mode again but failed to tuck in his feet underneath the bulldozer mode.  This force me to rebuild it again. 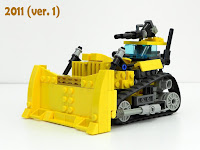 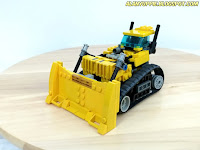 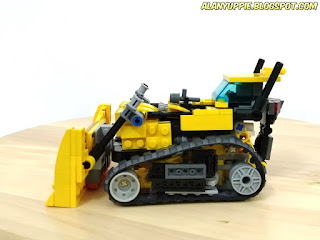 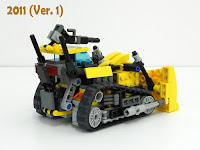 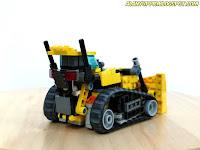 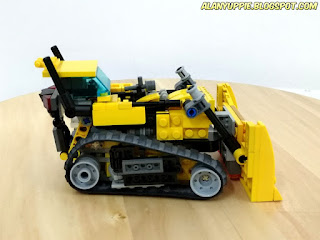 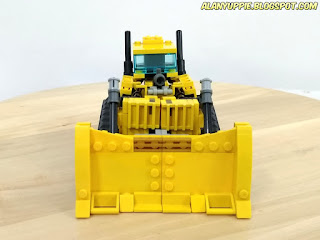 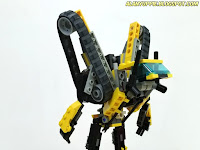 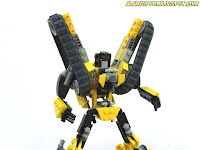 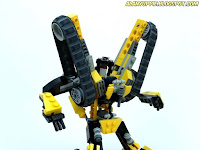 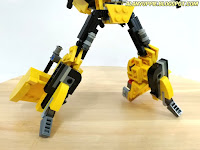 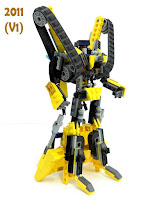 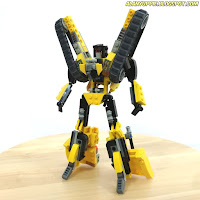 One of the major change is how the arms are designed. Instead of using L-plates as elbow joints, I applied a proper LEGO 1x4 hinge plate. 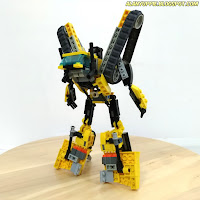 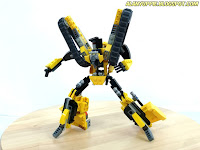 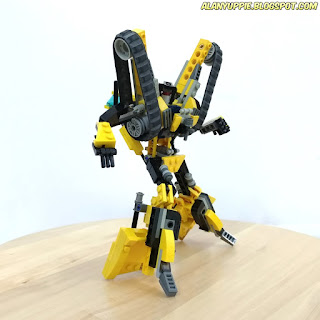 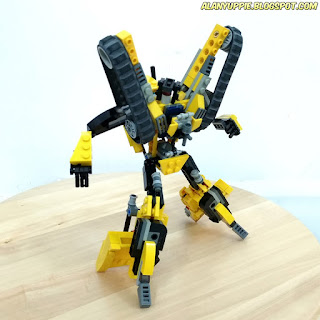 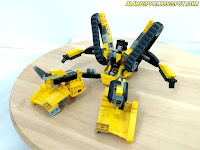 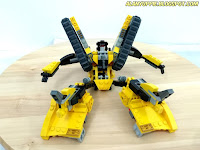 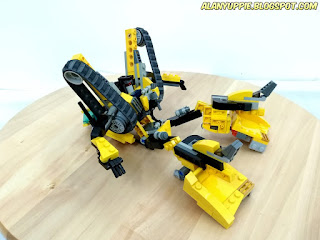 Video of Bonecrusher will arrive shortly in the coming weeks!
Posted by Alanyuppie at 11:50 PM