Quickie of the Week #18: Spotlight on LEGO Victory Leo 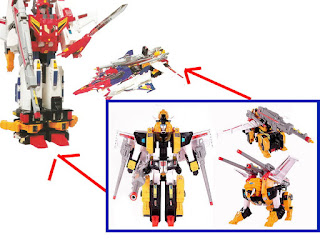 Transformers: Victory Series started it's run on my local TV station back in 1991 (or 1992?) As a 13 years old kid, I was totally blown away by various characters inside and their multitudes of abilities . ( I remembered doodling Road Caesar on a piece of paper during my class / science lab session).

The star of the show, Star Saber caught my eye, and then Victory Leo.  Having them merge into Victory Saber knocked me off my chairs every single time.

Victory Leo is a quad-changer. This means he has four modes (including robot). He transform into a lion, jet plane, and boots/backpack for Star Saber .  Even as a jet mode, Victory Leo can merge /dock with Star Saber's jet mode too. This is waaaaaaaay beyond cool!!!

I was pretty ambitious back then as a LEGO loving kid . With just only parts from limited number of sets  , I attempted to build Victory Leo (outcome below) with all his for possible modes. 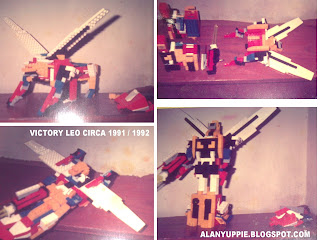 Back then, LEGO balljoints were unheard of, and getting the parts of required color was almost impossible (in my country at least) unless I have loads of cash to buy multiple sets.

From above , you can see I also designed the boots and backpack mode, but without Star Saber to merge with. It's just an exercise in engineering.

More than 10 years later, I slowly get out of my dark ages after finishing my college ,then started working.  I bought a lot of LEGO City  sets in yellow, so.... 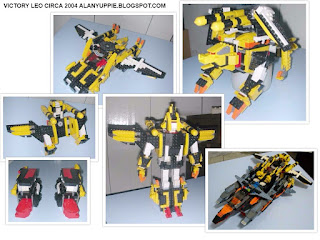 This time, I managed to build Star Saber from Titan XP + 2 Life on Mars set. V.Leo now can merge with my LEGO Star Saber ! They're both still lacking decent articulations, though. 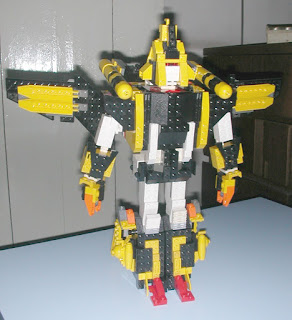 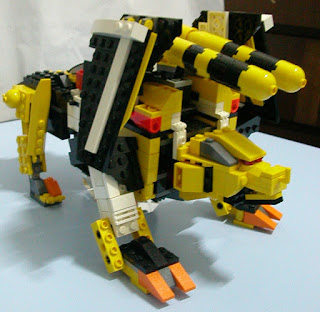 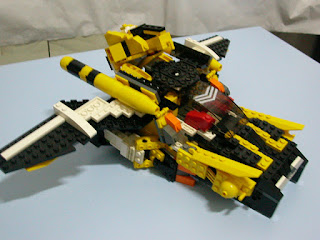 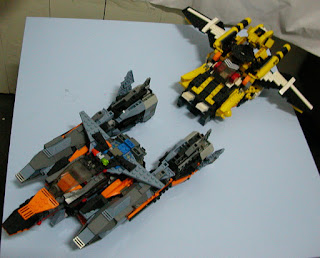 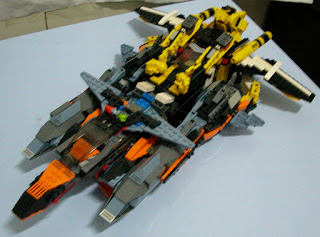 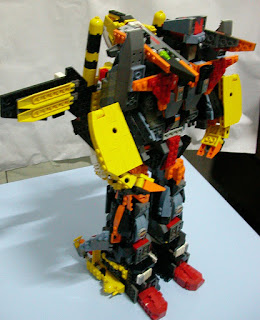 The next few years saw me getting more and more serious into building LEGO Transformers. Not just contented with buying sets, I hit bricklink.com to fulfill my LEGO parts needs especially hinges ,bars and clips . 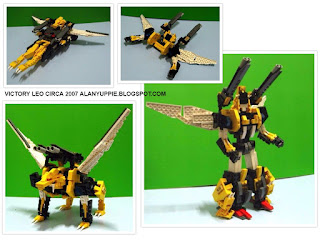 Even though LEGO balljoints has already surfaced (in Bionicle sets) then, I'm not sure why I didn't make use of them. I decided to use the tube joints for arm and pelvis articulations. They provide fair enough strength to hold the robot and beast mode poses . For more photos ,click on the link below: 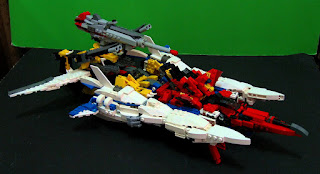 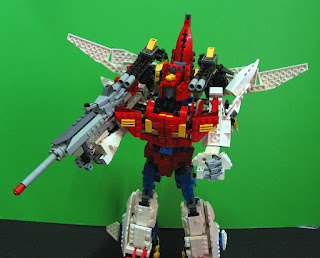 It's been almost 10 years  after my last attempt at Victory Leo and Star Saber.  I finally decided to dismantle them last year, which is a good thing. This signifies that I have intention to restart anew, rebuilding them from scratch with newer LEGO parts.

Posted by Alanyuppie at 2:13 AM