As I slowly settled down to my new role as a parent ( hence the lack of updates in my blog for months), I started to think about what should I build next that  would be "easy" on my current schedule. This means something simplistic in transformation without requiring huge amount of time to brainstorm and figure out the engineering . Metroplex immediately fits the bill. :)

(Many years ago I first attempted to built Metroplex but it was amateurish-looking and he doesn't even have hands!) , 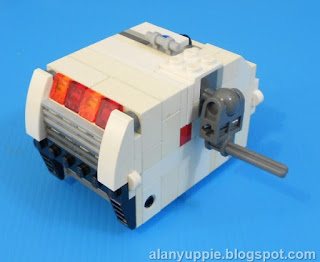 Since this MOC will be big, I am using a semi-modular method to build it. Instead of building one huge robot body, I separate them into a few chunks/components  which will be plugged in via technic pins, The photo above is the Metroplex's right chest.

Initially  I used ball joints for the shoulders but then I discovered they cannot cope with the weight of the arms when posed, (and aligning them  perfectly 90 degree upright as base towers were hard). So I replaced that with frictional joints instead. 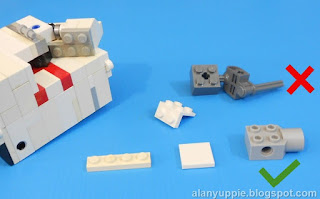 The reason why I choose  ball joints in the first place is because the long technic axles allowed for a stronger connection to the arms. 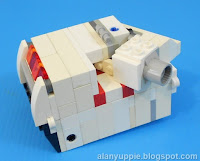 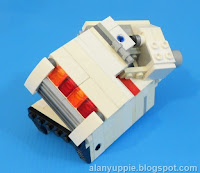 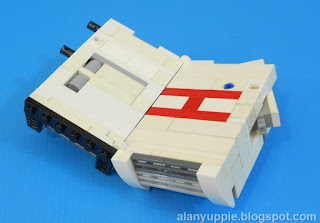 Chest unfolds to form helipad. Note the hole on one side of the helipad to securely peg onto the stud on the other side when in robot chest mode. 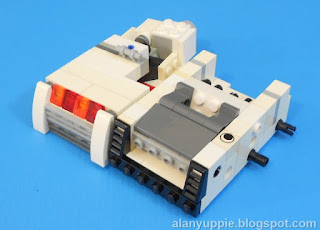 Since this design is not final, I'm torn here. What will it be? Missile racks or a big-ass 2-barreled cannon? Or something more sinister-looking? 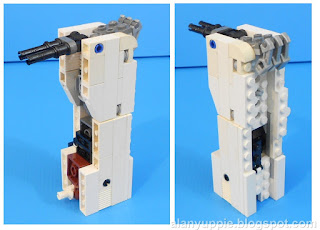 Still work-in-progress,  the arm undergone a few iterations especially after my decision to switch to frictional joints.

My initial concern for using frictional joint is the lack of clutch power (mere 4 studs) . Luckily it can be strengthened by simply pairing it up with a 1x4 technic brick with holes and a pin. (below) 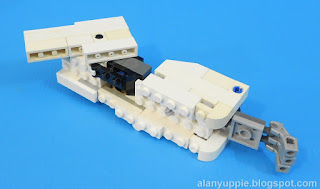 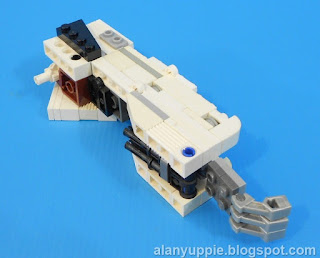 The 2 gray studs at the edge of the tower are not there just for show as you will see later on. 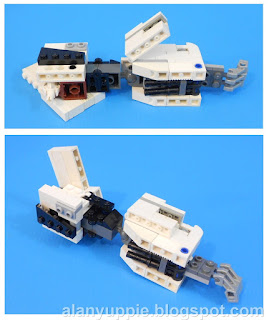 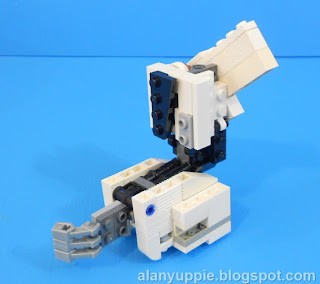 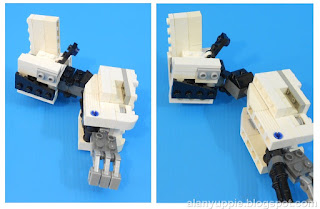 The mechanism to secure the extra hinges (unlatched in the photos above) is needed to prevent the formed arm from accidentally displaced itself when posed in certain ways in robot mode. 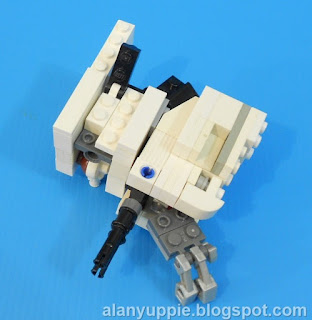 The extra hinges allow the 180 degree folding of the arms. The gray studs I mentioned just now, pegs nicely to the fore arm for better alignment. 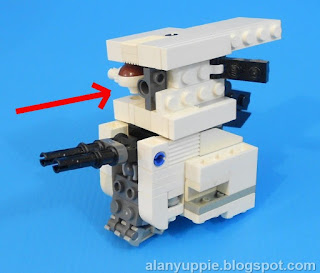 The big-ass mega weapon is still pending ,which will be plugged into the hole as shown by the arrow above.

Sixgun is nearly completed (about 98%!) . Below is how one of the gun turns into an arm. The challenge here is to design the gun so after transformation, the gunbarrels can still rotate when perched on the shoulder. 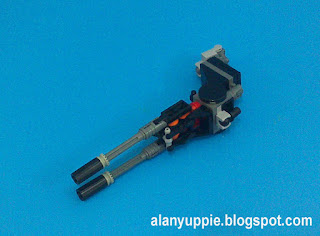 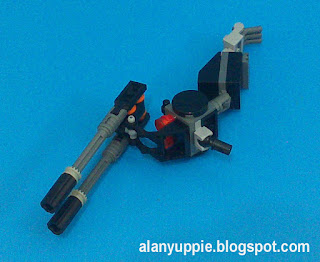 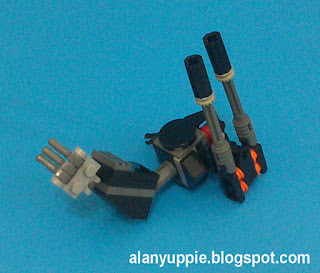 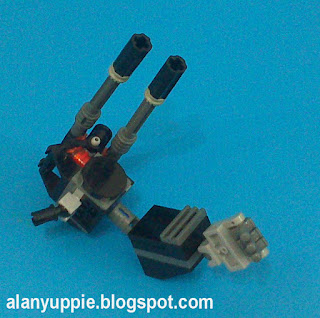 I shall be updating this blog entry again in the coming weeks (or days!). So do pay a visit again !!!