Quickie of the Week #9: Work in Progress / design highlights

Let's start with these common pieces =) 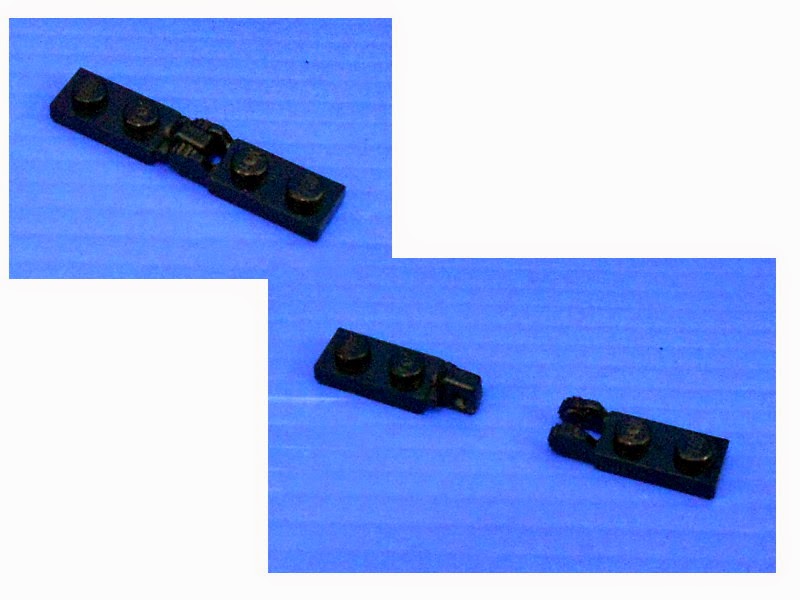 The pieces above are common hinged plates with frictions. (let's call them 1-finger hinge and 2-finger hinge respectively).

In my current project, I am not using them as hinges however...
Below is the leg that will be connected to the feet, via another different kind of hinges (non-frictional ones). If you look closer, the frictioned hinge mentioned earlier  is built into the leg too. 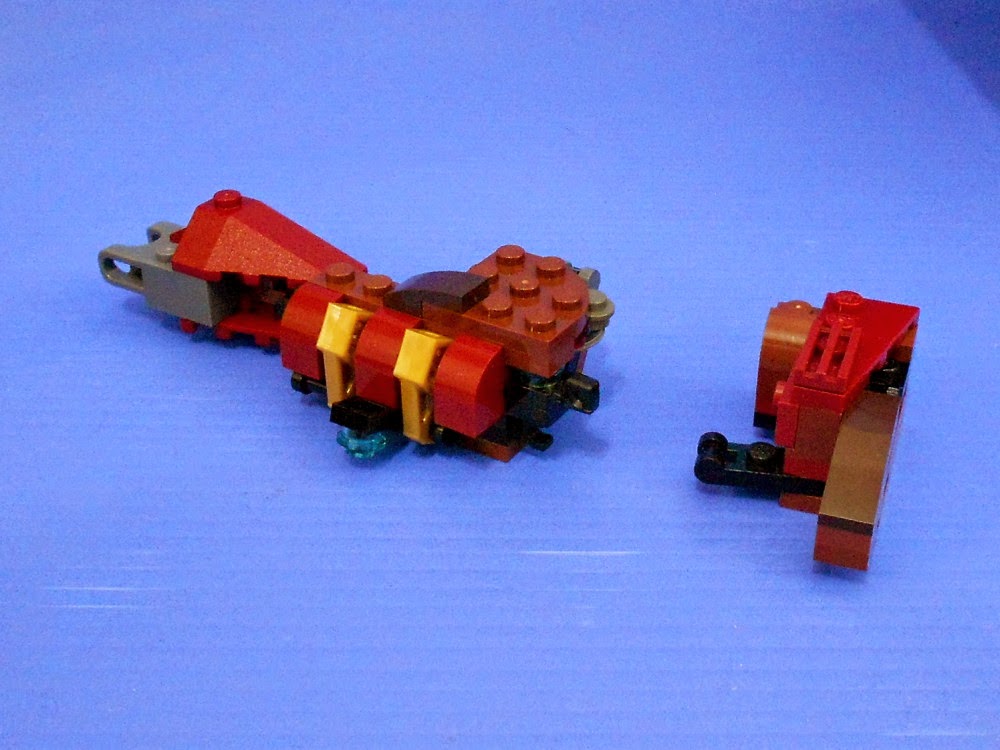 Closer inspection showed the connected leg-feet with the frictioned hinge left as-is,almost redundant. You should be asking by now: Why isn't the hinge connected to anything at all? 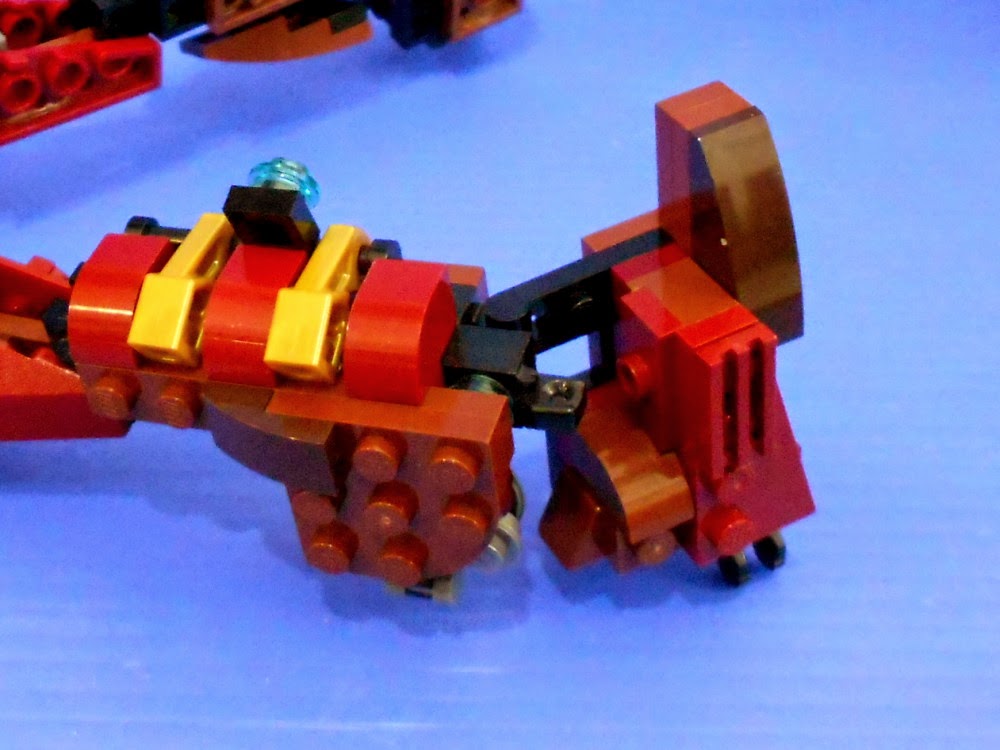 Actually, I am implementing the 1-finger hinge to help prop up the feet when it's upright later on. You might ask again, why not use a generic 1x3 plates instead? Nope, it's not possible here... the hinge I used here , is exactly the length required... which is about 1mm short off  3 studs length.  There is no other official LEGO parts which can fit the bill  here. 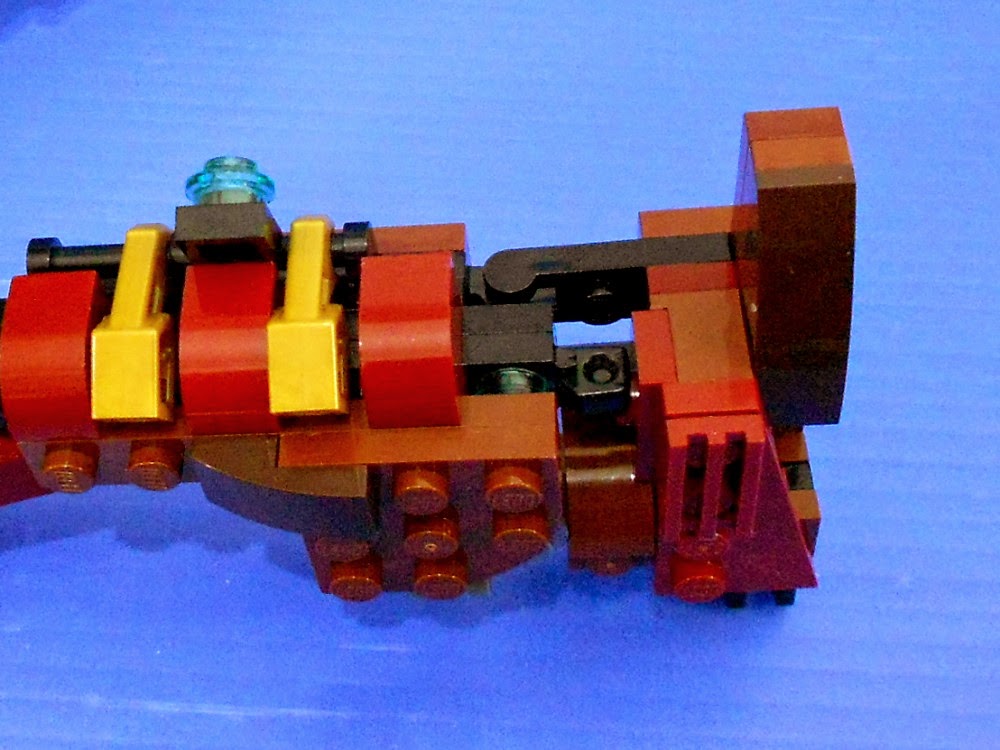 Now let's look at the 2-finger hinge I connected  under the feet (below). Since this MOC will have a bit of a back kibble on his body, the 2-finger hinge can be folded out to form a longer heel , and expand the footprint, thus stabilizing the MOC further. 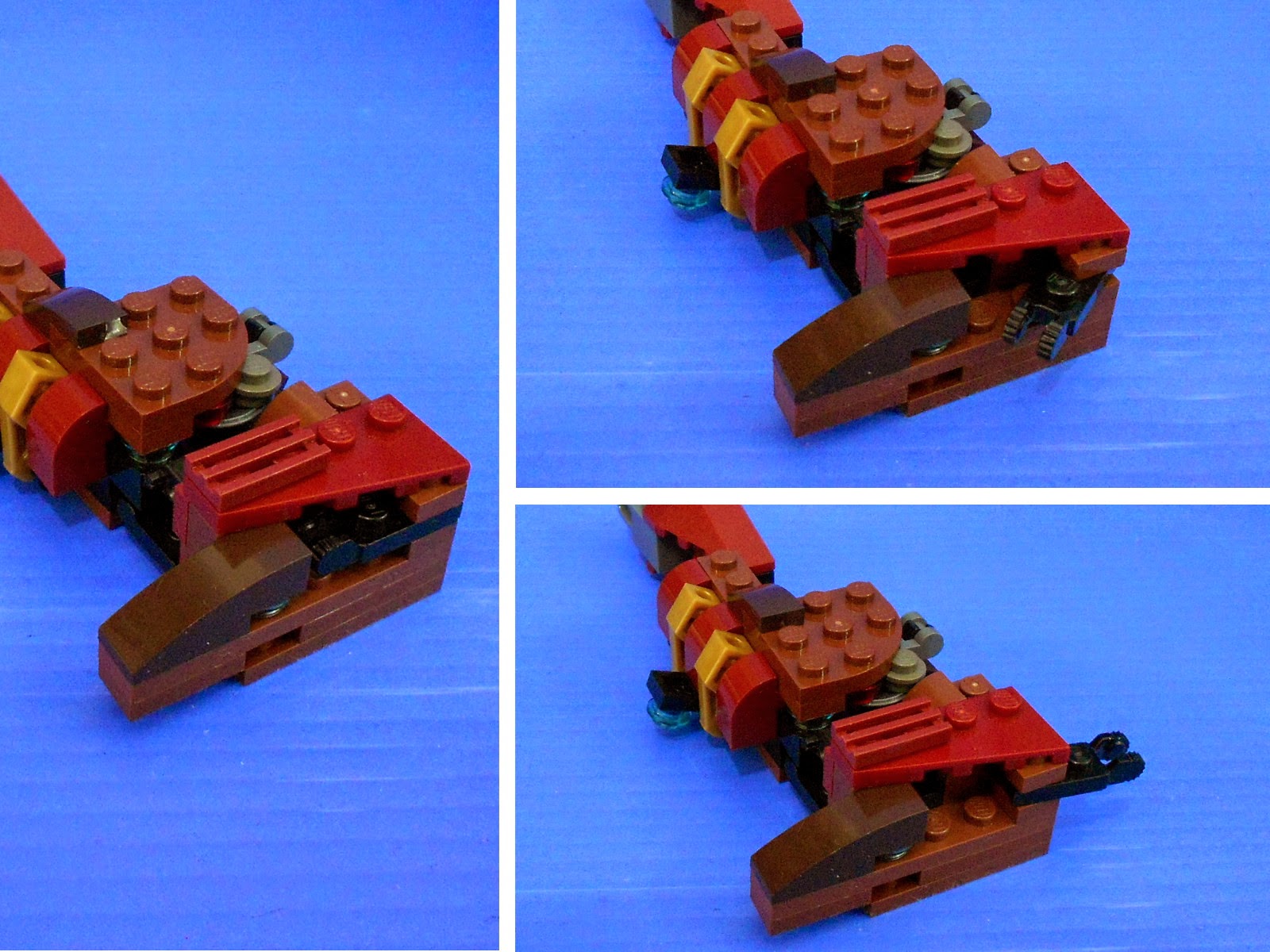 Reason 1: Anything exactly 3 studs will lock the part into place, causing zero clearance/unable to be folded out as heels. Anything 2 studs or less in length will make a lame-looking heel,

Reason 2: It's easy for me to pry out the tip of the hinge with my fingernails compared to other plates/lego parts =)

I shall end this post with a sneakpeek of the bottom half of my current project :) 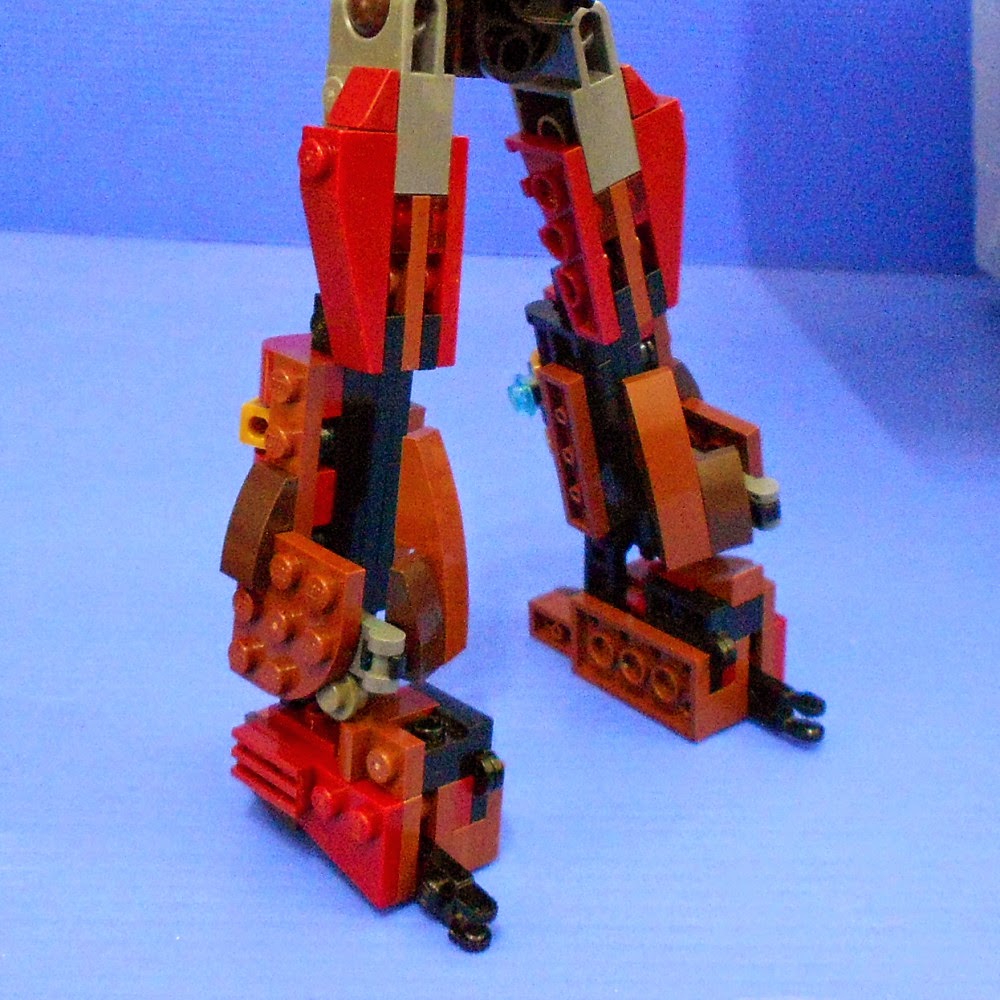 Posted by Alanyuppie at 2:25 AM