If you're new here, please visit Part 1 of this project first.

FROM HELICOPTER TO DUNE BUGGY 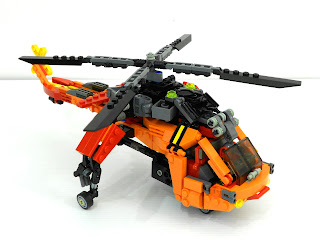 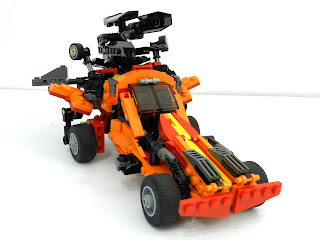 2) Raise up the "chunky"  rotor engines together with the backtyres. 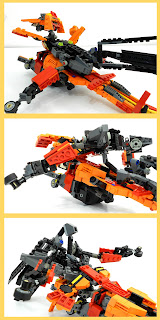 - Fold the tail in, and note that the back rotor (yellow)  is folded down to hide it.
- Unravel the buggy tyres from the helicopter body and connect to the tail (which is actually the buggy front part)

- Fold "helicopter cockpit" to the front horizontally... forming the buggy windshield
- Fold down another pair of buggy tyres. 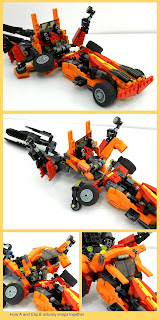 5) The back part is still "messy" with dangling rotors and helicopter parts..

- Fold the helicopter back tyre parts into the back of the buggy.

6) Even though transformation doesn't require parts to be dismantled and reconnected, but it's clearer for me to separate the rotor and transform them below.  Rotors are folded into a HUGE cannons for the buggy (and robot too) 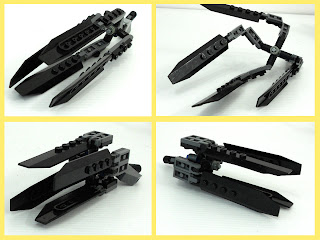 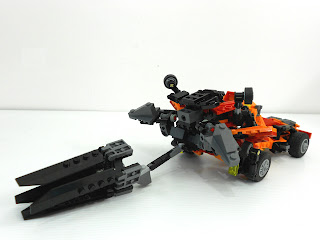 FROM  DUNE BUGGY TO ROBOT\


- "Split" the buggy front halves and fold out the chopper tails again to face out. Since there's only one tail rotor, it will end up in one side of the robot legs,making them assymetricals.

- Fold up the buggy bumper to become the feet. Realign the front wheel connections to the front  ,and unfold the backheels. So that's it to ensure the feet are well-formed and stable.

- Raise up the windshield again and rotate it, to form the chest-part
- At the same time , the robot head are formed by folding 3 parts together.

2) Back tyres and the flaps will be folded to upwards to form the kibble for the robot mode. You can see the arms are pretty much forming themselves.

3) Stand the figure up. Time to plug in the "cannons" to its original location, then fold it to rests on one side of the shoulder. 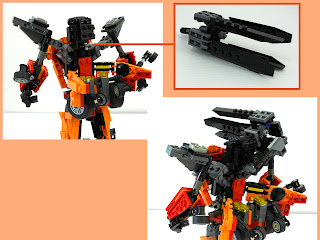 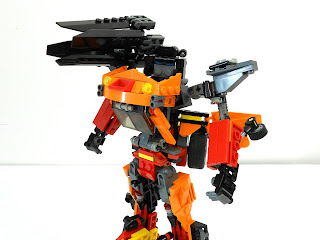