LEGO Rodimus Prime Part 2 of 3: Transformation to base mode 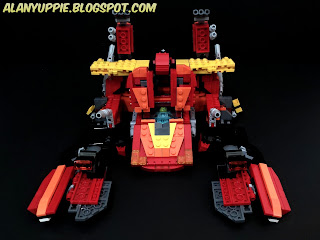 If you're new here, do check out Part 1 first.

Previously ,I will publish the transformation photos of my MOCs/ LEGO Creations between each modes.  This process was daunting to say the least...  handpicking the best photos to be compiled in clear sequence of transformation.  For this Rodimus.. I will do away will all that. Instead, I will show a video of how I transform him. (below) 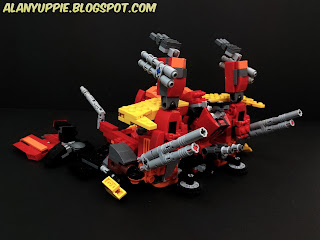 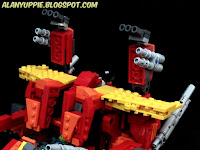 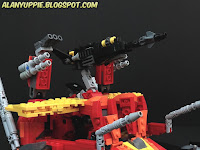 The  black rifle connects to the base mode as main weapon. This exactly the same spot where it was connected to the vehicle mode. 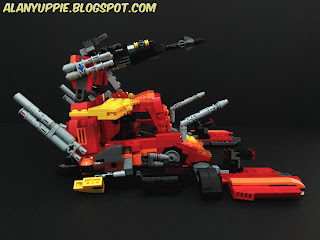 The back of the base has cannons as well to protect from rear attacks. These 2 dual-barreled cannons above  however, cannot be swiveled to face the front due to the yellow wings hindering it. 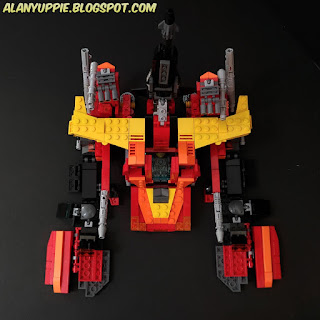 Bird's eye view of the base, with the main weapon /black rifle in "rest" mode, pointing upwards. 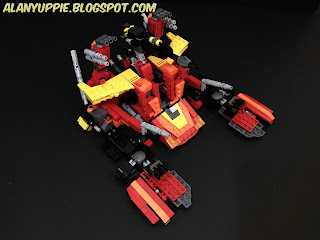 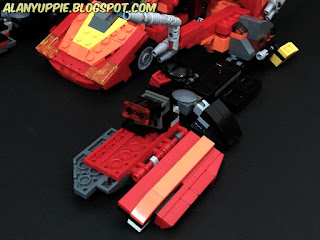 The weapon above emits high intensity orange light to blind out intruder's optical sensors, preventing them from getting any nearer than 500metres from the base.

Trivia:  I attempted other forms of "conventional" weapons  for above but restricted by size , since this component will be tucked inside the legs in robot mode. So a fat missile racks or cannons with long barrels design was scrapped. 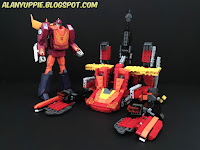 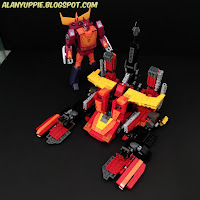 At this scale, Hot Rod can man the base from the back. 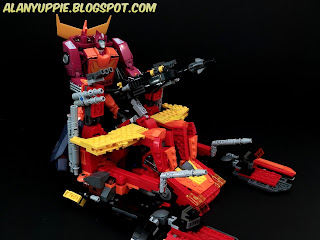 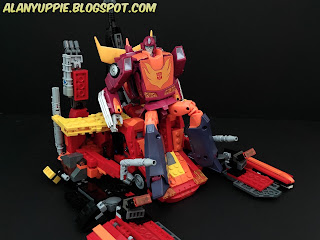 ... or slacking off when no one's looking.

I loved how my usage of black background and surface brings out the fiery red color of Rodimus Prime in photos above  , but some of the black details in him failed to show properly, like his black rifle for example.  To compensate for this, let me show you more photos of him in  lighter background/surface. 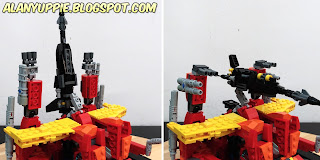 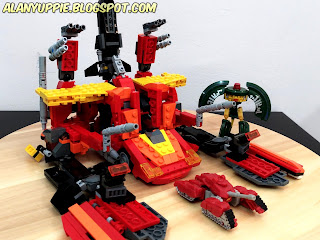 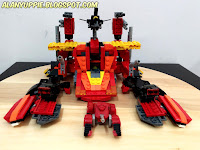 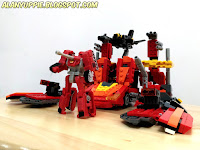 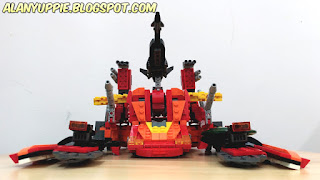 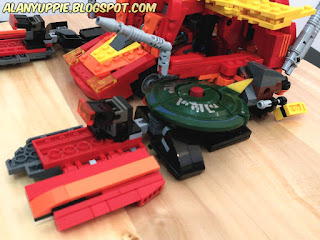 Cosmos resting on the refueling platform. 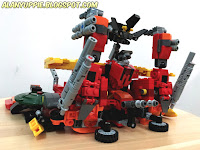 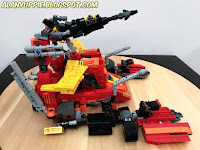 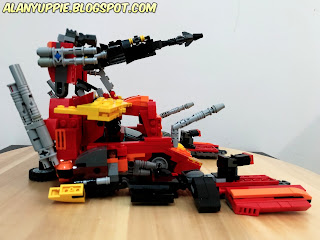 Posted by Alanyuppie at 7:23 PM