It had been quite eventful the last few weeks  for bricklabel.net , as reviews are coming in for our first product Metalhide.  Click below to view these reviews:


However, I'm not resting on my laurels yet!  The much-needed constructive criticisms and comments spurred me to improve this MOC even further and I am proud to announce that it's finally done! 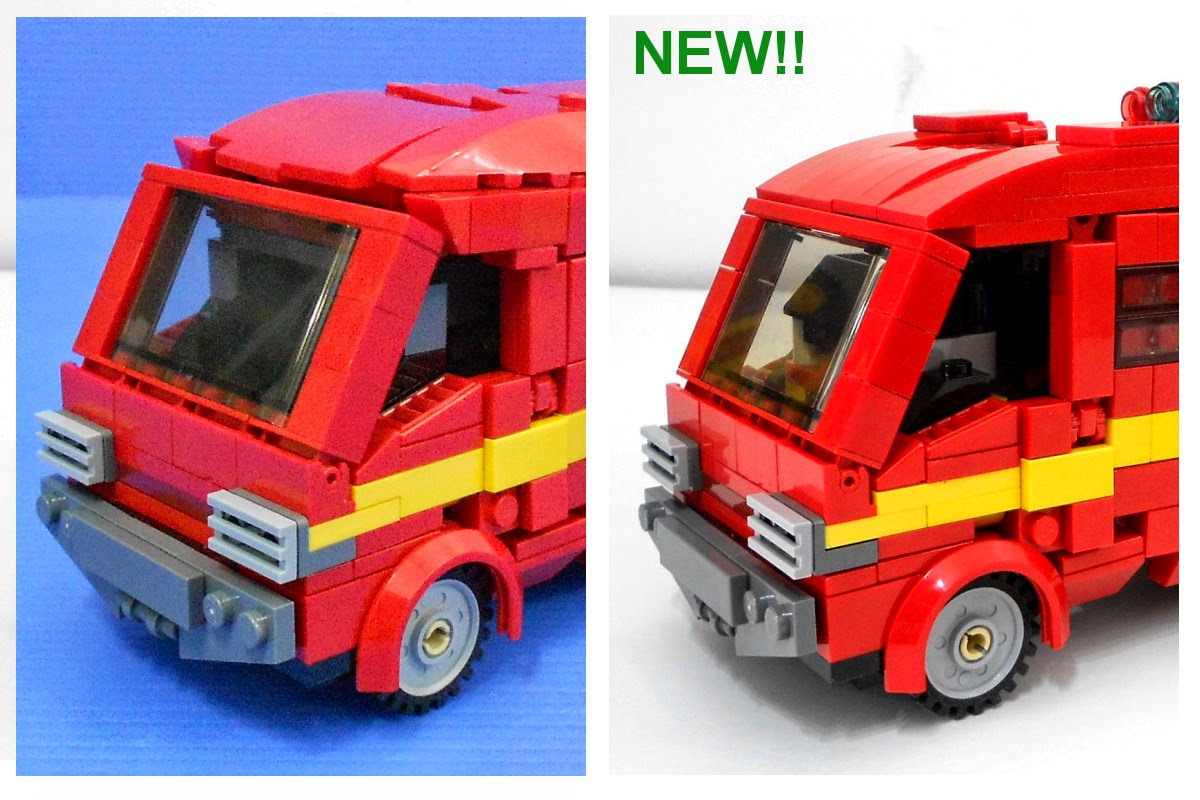 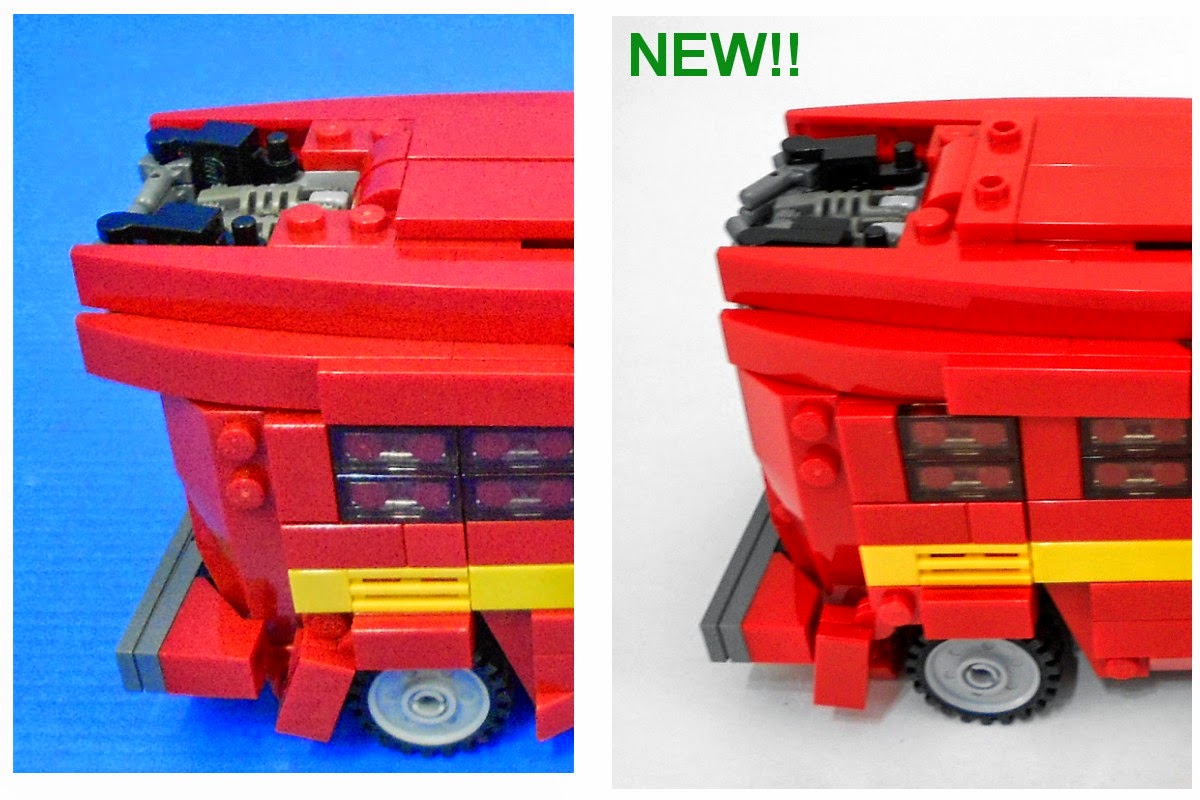 .... and the back too. The new mudguard design allows more clearance for the tyres to roll freely. 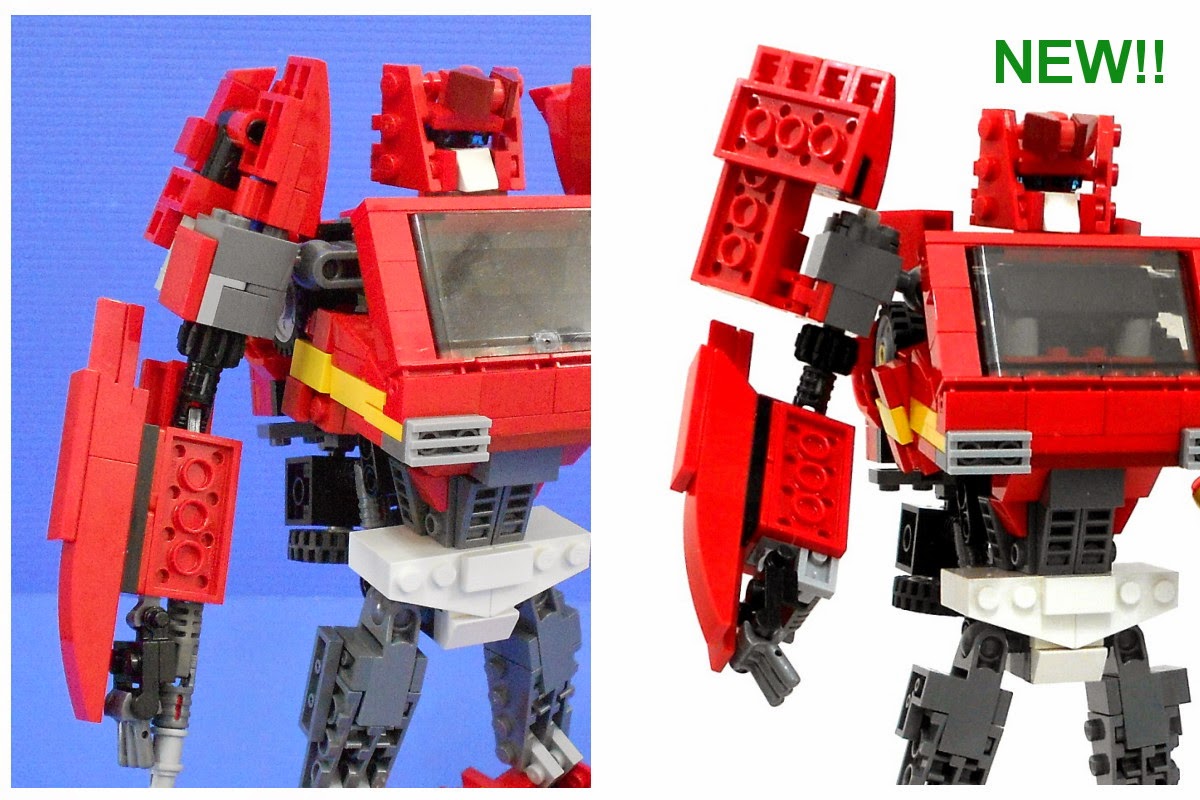 The previous version suffered from weak connections in the elbows and waist, causing them to pop out  easily during mid-transformation.

For the arms, instead of the 4-stud connection points, I have implemented a technic-pin connection instead. In the process, I have decided to simplify the shoulder transformation to one-hinge instead of the 3-swivelling parts per side.

For the waist joint, the weak 4-stud connection point has been fortified with an additional technic pin. 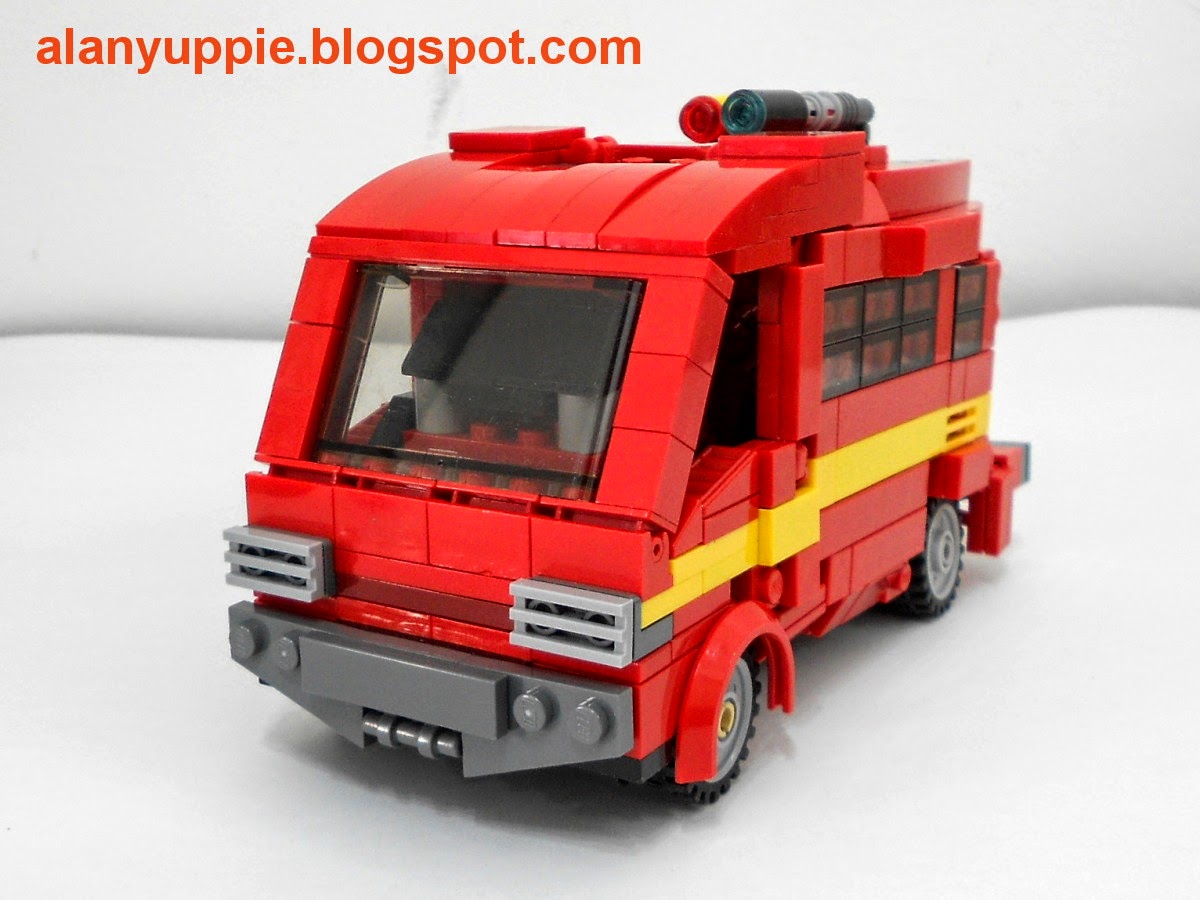 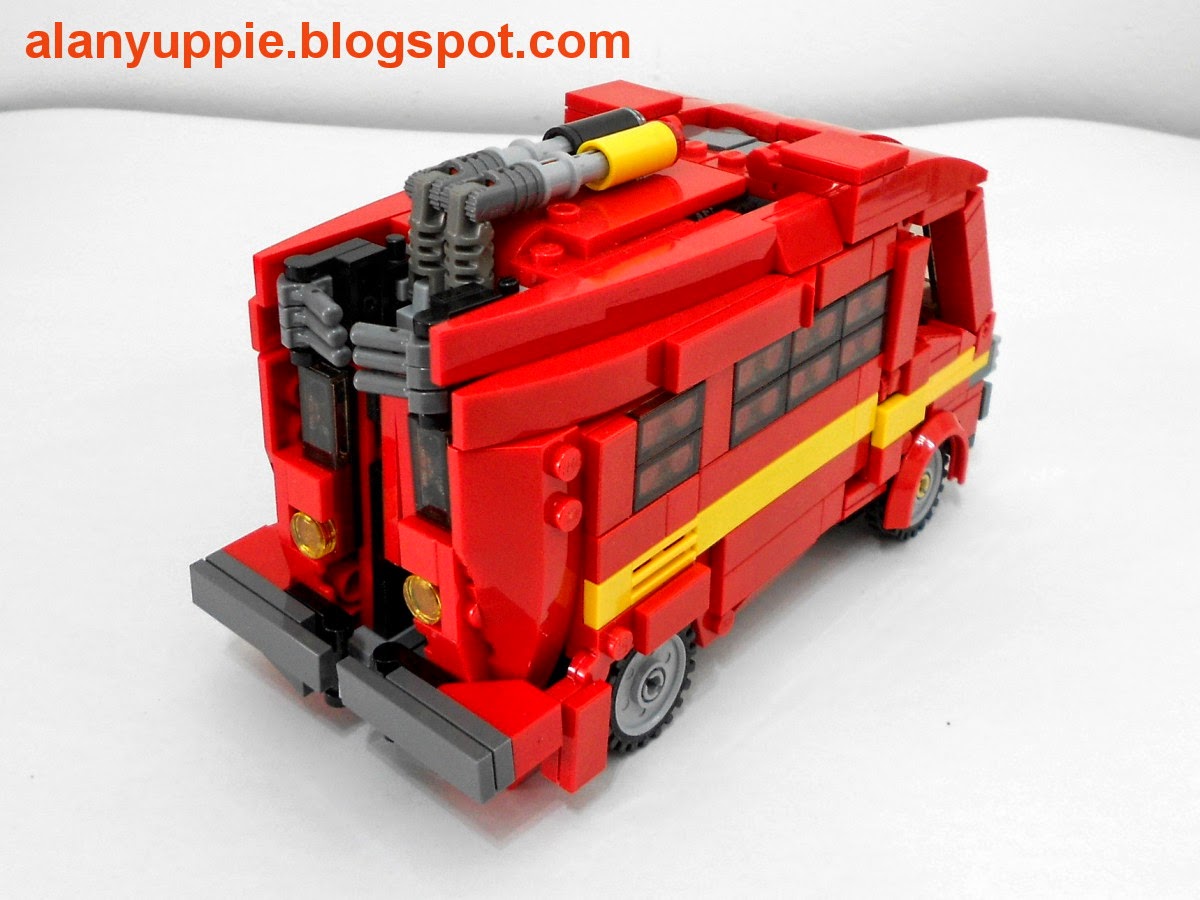 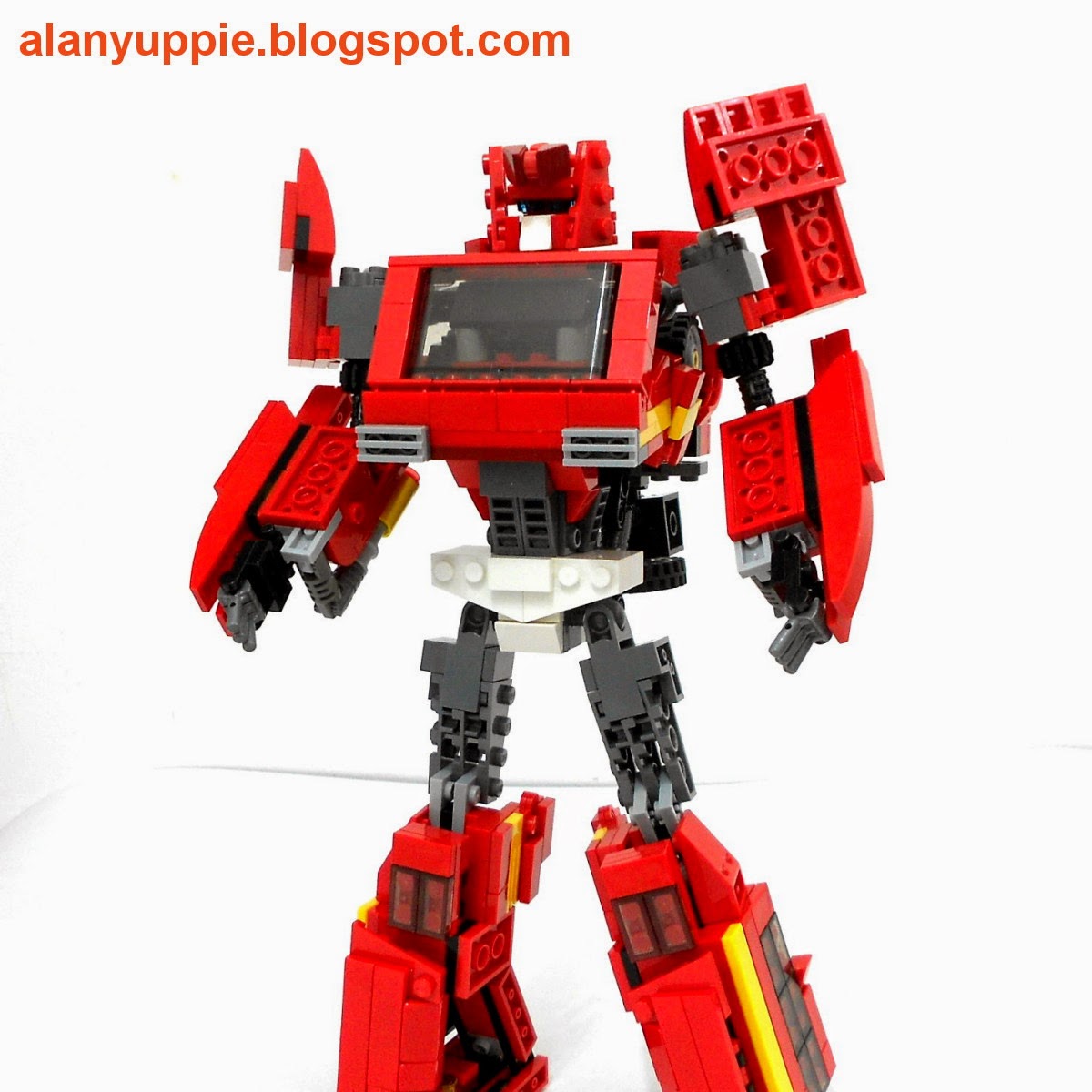 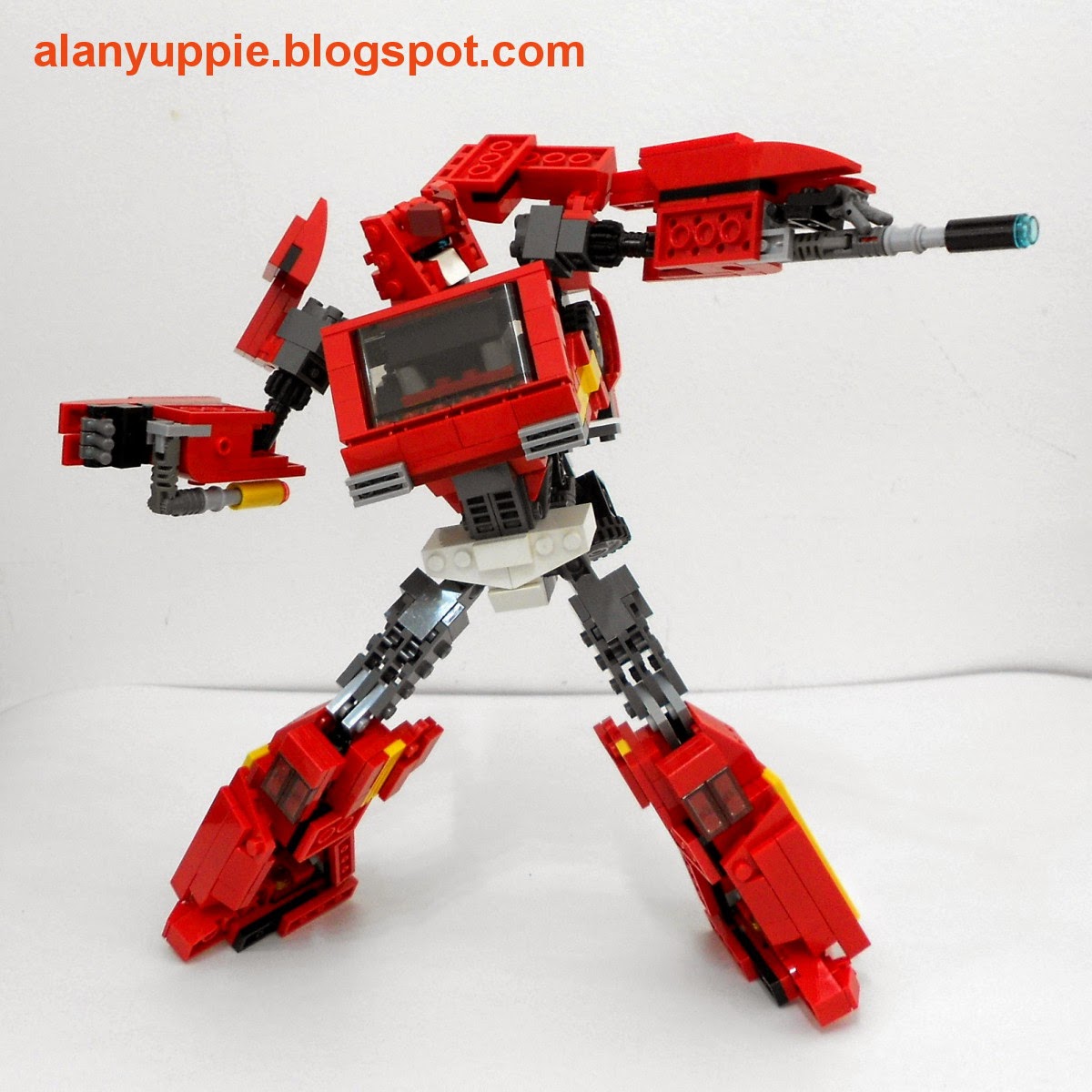 Buy Me Buy Me!

Limited units are up for sale now in www.bricklabel.net , or visit our facebook page for latest updates: https://www.facebook.com/TheBrickLabel

Posted by Alanyuppie at 7:36 AM